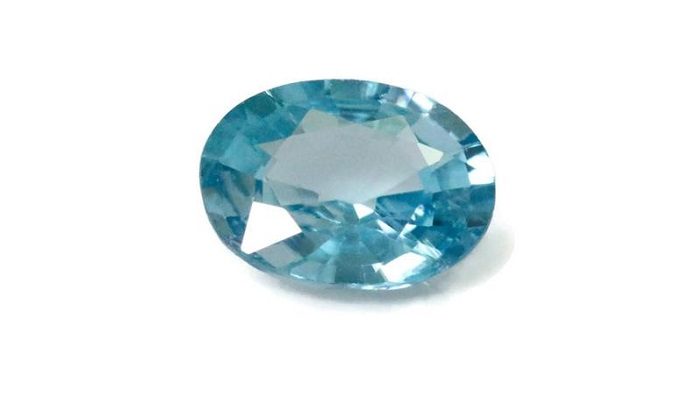 Zircon is a mineral that belongs to the group of nesosilicates and crystallizes in the tetragonal system. It comes in various shades of red, orange, yellow and brown. The transparent variety, on the other hand, is often used as a surrogate for the Diamond.

It develops as an accessory component of magmatic rocks, if in the crystallization process molecules of hafnium, thorium and uranium are present, and the mineral can be radioactive.

Zircon is a crystal defined as “attraction” as it helps to understand in the right way what a person’s goals are and, consequently, to achieve them. The brown variety is particularly powerful because it brings a huge energy load linked to the Earth element, useful for healing, rooting, and protection, the bond with nature, plants and animals.

You can also enjoy these benefits by meditating with the stone in hand, a technique that allows you to get in touch with the Spirit and the energies of the crystal.

The zircon was called Hyacinth in antiquity and the middle Ages. The hyacinth forms early in the morning, by the fire, when the air is still moderately warm. He is more airy than fiery and feels the air. This allows him to adjust his heat to her.

Yet he is fiery and warm because he is born of the fire. If you have poor eyesight, cloudy or inflamed eyes, you should hold the hyacinth against the sun to warm it up.

Then he should moisten him with saliva and quickly put on the eyes that also warm themselves. This has to be repeated until the eyes get better. If there is a fever, he should pour wine into a container and place it in the sun to warm. Then the hyacinth should be dipped, so that it also warms up.

Subsequently, a hot piece of steel should be dipped briefly. The wine should then be drunk for three or four days in the morning on an empty stomach and in the evening before going to bed.

After drinking he will feel better. If there is no sun, the wine should be warmed with hyacinth under beech wood or lime wood and be treated with the steel as described. Who is enchanted by spells or magical words, so that he has gone mad, should take a warm rye bread and cut it on the upper bark in a cross shape.

Then he should draw the hyacinth through the notches and say the following words: “May God, who forgets all the preciousness of the stones of the devil, may also take from me the evil spirits and liberate me from the pains of madness”. If you are sick at heart, you should hit a cross in front of the hyacinth with your hyacinth, then you will feel better.

According to the crystalline dress, in nature there are three varieties of Zircon. The most prized is the “prism” and takes the name of High Zircon, while the Intermediate and the Low have the crystalline structure damaged by the radioactivity of the deposits, therefore less valuable. 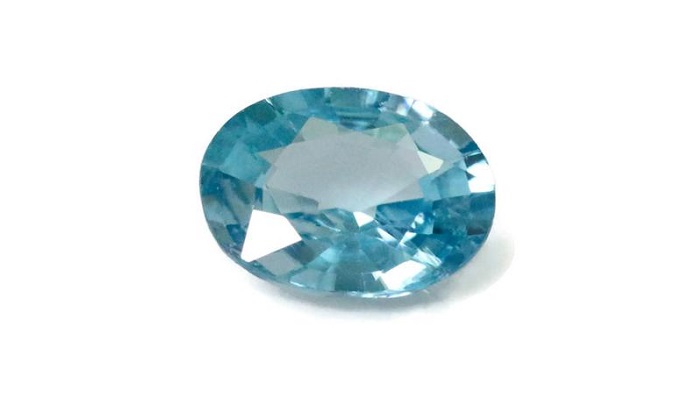 Even if one thinks of Zircon as a mineral of little value and importance, it has actually been used for its therapeutic powers since ancient times. This, among other things, much earlier than other stones today renowned for their virtues. It was believed, in fact, that he was able to drive away madness, strengthen the ability to resist temptation and make people more reasonable.

Zircon can boast an enviable record. A fragment of this stone, found in Australia, dates back to about 4.4 billion years ago! This datum confers to Zircon not only the title of the most ancient gem found on Earth, but also of absolute oldest object.

Of all the precious gems, zircon is one of the oldest. Consider that in Australia a small specimen of the age of 4.4 billion was found. It is the oldest that has ever been found on earth!

The name zircon has only been used since modern times. In antiquity, it was referred to as hyacinth and is still today for yellow to brown color varieties. According to Greek mythology, he was named after Hyacinthus, who was killed out of jealousy by Apollo for his beauty. From his blood, hyacinths were born.

Especially the white zircon was much sought after over the centuries as gemstone and gemstone, while the hyacinth strong healing effects were awarded. For very large and pure specimens, it can even lead to confusion with diamonds and are therefore often used as a substitute for diamonds.

In nature you can find different types of zircon, which vary in color. The transparent one has very high refraction and comes second to the diamond. Despite this feature, they are two different stones. The diamond is formed from pure carbon while the zircon is a nesosilicate.

Some consider them zircon as a diamond substitute but, as experts point out, this is not true because they are two incredibly beautiful and different stones from each other. Differences must also be emphasized in crystal therapy.

On a mineralogical level, zircon is formed in acidic or metamorphic magmatic rocks. If inside it is present, in a percentage up to 10% uranium, thorium and hafnium, the stone is radioactive. It is mainly extracted in Chanthaburi, Thailand, and in the alluvial deposits of Sri Lanka. In the northeast of Cambodia in particular, in the Ratanakiri region, beautiful varieties of blue zircon are extracted, called Ratanakiri zircon.

Zircon is a mineral associated with the element of fire and therefore with masculine energy. It is a symbol of strength of will, courage, but it is also a stone that helps to purify. Based on the color, it is associated with one or the other chakra. The colorless variety in the seventh and sixth chakras for example.

The Blue Zircon stone can help you make your relationship stable and regain confidence in yourself when it comes to emotions.

On a physical level, the orange variant is useful for example against abdominal cramps or even menstrual pain. Zircon is generally useful for those who want a crystal with a pain-relieving action (for the same purpose, at a more affordable price, I recommend rock crystal)! Zircon also stimulates liver function.

It also intervenes on the psyche, helping the subject to get rid of excessive materialism and attachment to objects and people, which often tends to become very morbid. Helps to cope with losses, to overcome fear and sadness. A stone useful in case of depression.

Finally he intervenes on the spirit. It leads on a primarily spiritual path, leading man to seek the true meaning of his existence. This does not mean forgetting the things you have built but simply learning to recognize that what is material is not all that really matters.

Unlike many other stones, zircon cannot be worn for long periods. Bring it with you only for an hour a day (in close contact though). This especially if you intend to work on the spiritual and psychic level.

The orange variant can be worn a little longer near the first and second chakras because it works on the physical plane.

The Blue Zircon stone doesn’t affect your wealth or your financial situation.

The zircon is an important stone for the Zodiac sign Taurus. This gemstone helps him to process separations or losses and makes him aware of reality.

The blue zircon helps the Taurus people to process losses and improve his focus.

Depending on the color, the zircon will affect the respective chakra.

Yellow gemstones work very well on the solar plexus chakra, red and black on the root chakra, brown on the sacral chakra, green on the heart chakra, blue on the throat chakra, and colorless on the crown chakra.

How to Purify Black Onyx Stone

Should be cleaned once a month to get rid of dirt from the surface. This also cleans and regenerates at the same time.

In nature you can find different types of zircon, which vary in color. The transparent one has very high refraction and comes second to the diamond. Despite this feature, they are two different stones. The diamond is formed from pure carbon while the zircon is a nesosilicate.

Some consider zircon to be as a diamond substitute but, as experts point out, this is not true because they are two incredibly beautiful and different stones all together. Differences must also be emphasized in crystal therapy. When using the stone for healing, don’t always rely on the stone alone and always seek further advice.

On a mineralogical level, zircon is formed in acidic or metamorphic magmatic rocks. If inside it is present, in a percentage up to 10% uranium, thorium and hafnium, the stone is radioactive.

It is mainly extracted in Chanthaburi, Thailand, and in the alluvial deposits of Sri Lanka. In the northeast of Cambodia in particular, in the Ratanakiri region, beautiful varieties of blue zircon are extracted, called Ratanakiri zircon.