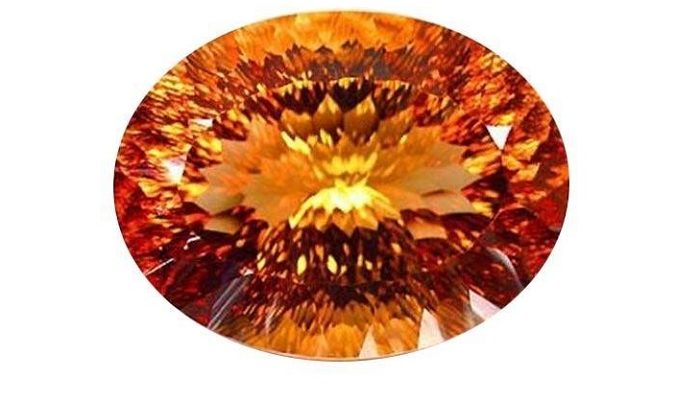 The topaz is one of the most sought after and most famous gemstones. The blue gemstone offers an appealing color and a reliable hardness, which makes it particularly suitable for the production of appealing jewelry. The transparent, transparent topaz is used in jewelry making, especially in its blue variant.

In nature, this color is extremely rare, which helped the blue stone to its nickname “noble topaz”. But the topaz can also have other colors, such as orange nuances or pink tones. Gems with a yellowish orange are called Topaz Imperial, Kings Topaz or Gold topaz.

Popular beliefs assume that topaz can promote concentration and release creative energies. He should help to recognize the big picture and yet every detail and to see the beauty in them. For this reason, the gemstone is preferably used by artists and people from creative industries.

In addition, wearing a topaz ring should be able to protect against insomnia and avarice, relieve moodiness and bring balance in the emotions.

Traditionally, the gemstone is a good luck charms that, when worn regularly, can make friends. Furthermore, the Topaz is used on trips as protection against unknown dangers and homesickness. To get particularly interesting and intense shades, most Topaz stones are treated – either by heat or by irradiation.

Brazil is today one of the main mining areas of Topaz. There are also other occurrences in Pakistan, Sri Lanka, India, Russia, various African states and some US states.

It is unclear whether one of the early sites is also eponymous for the Topaz, because a Roman scientist said that the name of the stone from one of its localities, the island located in the Red Sea Island Topazes derived.

But there is also a theory that says that the word origin is to be found in the Old Indian Sanskrit word “tapas” for “light.”

In the ancient Egyptians, the topaz took a special position and symbolized the sun god Ra. In the mythology of the Hindus, the topaz was also estimated to be particularly precious. It was used as the sacred stone of the Kalpa tree and one of the nine holy stones of a talisman. With its help, life should be prolonged and the mind sharpened.

On the African continent, the topaz has been widely used in healing rituals and the contact with the ancestors. In Roman and Greek mythology, the gem was associated with Apollo, the god of light.

During the middle Ages, the topaz was also popular in Germany and was found among others in the Ore Mountains. The gem found a place in various stately jewels. At this time, the scholar Hildegard von Bingen wrote about the healing properties of topaz, which she believed could improve vision. 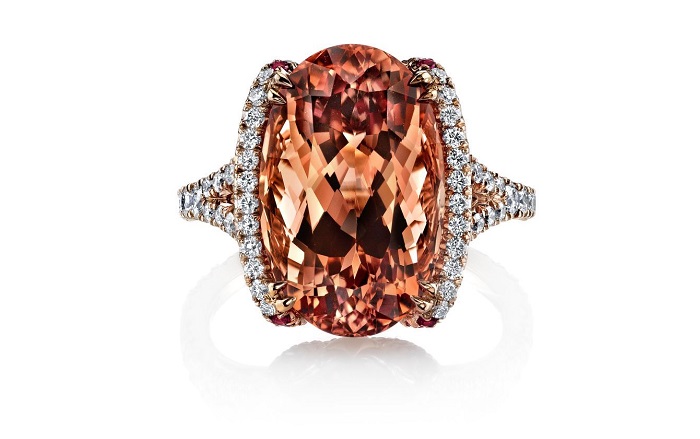 According to Pliny the Elder, Topaz was named after the island of Topazes (now St. John’s Island) in the Red Sea. As it turned out later, the found gemstones were not green topaz, but green peridot (olivine), which was long confused with topaz. Another explanation of the origin of the name comes from the Sanskrit “tapas”, which means “lights” or “fire”.

Topaz was already mentioned in the Bible and was in the revelation of John as ninth of the twelve foundations of the Jerusalem city wall. In ancient times Topaz was associated with Jupiter and was considered a symbol of power of the rulers. He should give you the wisdom for this office.

Even Hildegard von Bingen described the healing effects of topaz in fever and discomfort of the heart and stomach. Ultimately, however, is not clear whether she did not mean another yellow stone. Topaz can easily be confused with other gemstones because of its appearance. Thus, in 1740 a topaz, which was mistaken for a diamond, was incorporated into the Portuguese crown.

The most spectacular find of Topaz so far was in the Snake stone in Vogtland, a rock in the Saxon Erzgebirge. There, 480 gold topazes were revealed, which were then incorporated into the English crown. August the Strong also got his topaz from this source. In the trade so-called Imperial Topaz Stone and Red topaz are available.

However, these are trade names of citrine. Smoke topaz is a trade name for smoky quartz.

The Imperial Topaz Stone is going to help you realize the positive sides of your character and his is going to make you value yourself more.

Loving yourself is going to help you love others more and more honestly.

In addition, the Imperial Topaz Stone brings an open-minded and sincere way, which can also help to achieve more success and recognition. In addition, this healing stone provides relaxation, relaxes and helps, among other things with nervousness or exhaustion. Furthermore, Imperial Topaz Stone helps very well with depression or insomnia and can calm the mind. It even helps when mood swings are due to insomnia.

The topaz – also known by the trade name “Finder’s Diamanté” – is considered a well-known and sought-after gemstone. Already in antiquity and also in the middle Ages it had an important meaning for humans. Both today and then he is valued for his healing powers and effects.

The topaz is considered an inspiring healing stone, which can promote concentration and strengthen the nerves. It is also a symbol of fidelity and can positively influence mental development.

According to Pliny the Elder, the topaz is said to have been named after the island of Topazes (St. John’s Island) in the Red Sea. Later, however, it turned out that the gems found there was not green topaz, but rather green peridot. From the Sanskrit comes another explanation of the possible origin of the name: So here is the word “tapas” listed, which means something like “fire” or “lights”.

Even in the Bible, the topaz was mentioned, where it was named as the ninth of the twelve foundations of the city wall of Jerusalem.

The topaz was in ancient times as a symbol of power for rulers and had a close connection to the planet Jupiter. The rulers should give wisdom to the topaz for their ministry. In the middle Ages, the stone was attributed a healing effect on fever and heart and stomach problems.

However, since the topaz can easily be confused with other stones, it remains unclear whether the healing powers attributed to it in that time really are due to the topaz. For example, in 1740, a topaz was considered a diamond and incorporated into the crown of Portugal.

In Vogtland Snake stone the most spectacular find of Topaz has been made so far. In the rock in the Erzgebirge 480 gold topazes could be brought to light, which were later processed in the English crown. Even Augustus the Strong moved his topaz from the Saxon Erzgebirge. The topaz arises primarily in the metasomatosis of fluorine-containing gas from magmatic, acidic rock. Also in river sediments it can be found due to its weathering resistance.

The different colors are due to the addition of different minerals. Thus, phosphorus produces a golden, iron a blue and red, manganese a brown and chrome a yellow color of the stone. In addition to prismatic and grown on a substrate crystals are also massive or granular stones. Often the topaz is found together with beryl, apatite or minerals from the group of tourmalines. It can appear in granite-associated pegmatites and also in gneisses.

As historically most well-known find place for Imperial Topaz Stone applies – as already mentioned – Snake stone in the Vogtland (Saxony). In addition, topazes are found in Afghanistan, Algeria, Myanmar, Japan, Mexico, Sweden, Pakistan, Norway, Switzerland, Sri Lanka, the Czech Republic and the USA. Also in the Antarctic there were already some finds.

Topazes can become very large under favorable conditions. For example, crystals weighing 100 kilograms are not uncommon. The largest crystal so far is said to have weighed 2,500 kilograms.

Topazes are assigned to the orthorhombic crystal system. Topaz cannot be melted with the soldering tube, at a temperature of more than 1350 degrees Celsius it loses fluorine and passes into corundum and Solemnity. Topaz can be superficially attacked by pure, concentrated sulfuric acid. If he is put into this, he decomposes. Only in diluted form is sulfuric acid not harmful to the topaz.

Imperial Topaz stone can truly make you a rich person inside and out. Keep it close to you when going on important meetings and when you have some important events to take care of, in a business sense.

The Imperial Topaz stone is linked to the Zodiac sign Leo. Just like the Leo is the king of the jungle this stone is considered to be the Imperial stone among all the other gemstones.

The Imperial Topaz Stone is linked to the head chakra and it can help you clean out the negative energy out of this part of your body.

How to Purify Imperial Topaz Stone

Every fourteen days, the topaz should be cleaned and unloaded under running, lukewarm water. Charging takes place over rhinestone or the solar power.

In ancient Egypt, the topaz was a symbol of the sun god Ra, in Hindu mythology, the gem was worshiped as a precious helper, because he should have the property to extend life and to sharpen the mind.

He was also used in Africa, where he was used mainly for healing rituals. The ancient Romans and Greeks combined with the Topaz the god of light Apollo and also the arts, the prophecy and the moral purity. Topazes have a Mohs’ hardness of 8 and are completely fissile. The surface of this stone is uneven and mussel.

Topaz shows different colors from yellow-brown, over blue and violet to red and brown. But also colorless stones are possible. The transparency is transparent to translucent, the line color white and the stones show a gloss of glass. In its purest form, the topaz is a colorless gem that looks glassy.

Only by the already mentioned area it comes to the natural coloring. The Imperial Topaz Stone is one of the most important healing stones of all.