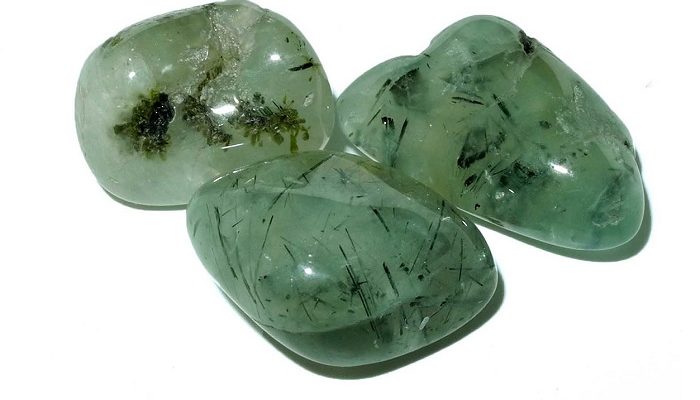 Epidote is a stone that can be pistachio green, gray or black. It is found in magmatic rocks. It is generated through the hydrothermal process in the cracks. Those of metamorphic origin is a mineral found in basic rocks that contain a lot of calcium and aluminum.

Epidote when mixed with red feldspar gives rise to unakite. The epidemic is found in nature in squat or prismatic crystals. If you want to find out more about this powerful and beautiful stone, then keep on reading.

In the formation process, the epidote crystals form a large number of faces, because there is a multiple effect (pleocroism). That is, when you put a stone in the light, its sides shine in different shades.

The faces of the crystals of this mineral are formed unevenly. They are always more on the one hand, so they look like “increments.” Hence the name of this stone, which is translated as “increased” or “expanded.”

The epidote is interesting not only as a mineral with many color variations, but also as a healing stone, as well as a magical artifact.

This gem is much appreciated by many nations around the world. In almost all cultures, it is considered a stone that brings good luck to its owner.

Epidote protects its owner from negative energy and stressful influences from the surrounding world. It also helps strengthen the best qualities of a person, to make him more friendly and compassionate.

Another amazing property of epidote is the help to find missing items. In this case, the stone must be held in the hand and at the same time think about the loss. Sometime after such manipulations, the thought of the location of the lost thing should come to mind.

In addition, epidote can be called a muse for creative people. He brings inspiration to artists, designers, sculptors. Therefore, in case of difficulties to work on any project, you can use this mineral to accumulate creative ideas.

Its name comes from the Greek word “ epidosis ”, whose meaning is: “ enlargement or increase ”, refers to the connection of the crystalline morphological quality in which one of the sides of the crystal is longer than the other at the bottom of the prism of the Epidote. 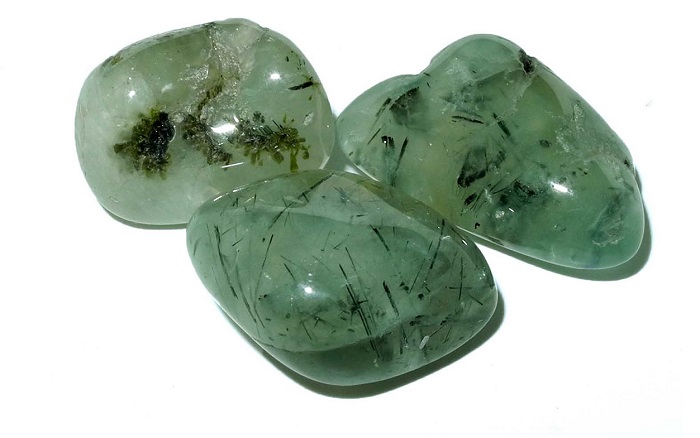 It usually crystallizes in the monoclinic system and usually appears with beautiful crystals perfectly formed with a prismatic habit (in most), in addition its prismatic habit has a direction with a perpendicular elongation that is directly linked to a single plane of symmetry. Most of the time they are twins.

The faces of the Epidote are commonly striated with great depth. The qualities of this mineral, such as color, optical data and density, usually vary by the iron content it may have.

Its solidity is 6.5 on the Mohs scale, it can be found in various colors, such as green, gray, black or brown, although the most popular epidote has a greenish color, with yellow or pistachio-hue. It has a very strong pleocroism.

It frequently exists in composition zones and is constituted by discontinuities in the growth process. Transparent specimens have been used as precious stones that do not have much value, because their hardness is extremely low, just like their pleocroism.

It was first discovered in 1782 in France, specifically in Isére, in the town of Le Bourg-d’Oisans. The specimens found in France in the year 1782 had been considered as if it were another mineral, such as: chorlo and actinolite.

René Just Haüy, a French mineralogist, managed to classify epidote as an independent mineral and assigned it the name ‘’ Epidota ’.

The epidote is presented in all shades and shades of green, with yellowish green or pistachio being the most typical and desirable. Colors may also include gray, brown and almost black. The epidote also exhibits a strong level of pleocroism, typically green, yellow and brown.

The epidote family (formerly known as the clinozoisite family), is a set of isomorphic groups. Usually an iron atom can be replaced by aluminum, therefore, clinozoisite originates; with manganese, piemontite originates, with vanadium mukhinite originates. You can also find various substitutions with some of the calcium atoms for lead or strontium.

In order for this mineral to be classified in another category, the cation that performs the substitution work must be in charge of occupying 50% in the chemical structure of the epidote. In the other 50% remaining, chemical compositions that substitute, for example, aluminum for another cation, are not usually present.

The epidote is a mineral that is very easy to find on Earth, since it is found in various geological environments and has a great reputation in the world.

It is very important to highlight that there is also a rock called ‘’ epidotite ’’ made up of quartz and epidote. The precious crystals with a large size have achieved great fame, which are known throughout the world, mostly their crystals are transparent and have a very intense green color, form aggregates in the form of ‘’ fish bone ’’.

Normally these crystals appear in Austria, specifically in the following locations: Knappenwand, Unthersulzbach Valley and Salzburg.

Spain has a great reputation since it has the most beautiful specimens in the world, the crystals that have been extracted in this country, are transparent cento metric crystals with a great brightness, usually they cover up the diaclasian tapestries in a diab subophytic handle that is climatologically altered.

This semi-precious stone has no industrial use, and many scientists have no interest in the epidote because it represents the qualities of the phases of the amphibolite-epidote metamorphic process that originate in green shales.

The crystals most coveted by collectors, are elongated and highly lustrous crystals that are connected. Green crystals are usually faceted to the taste of collectors. The most well-known forms are found, such as ovals and common octagons.

It is always recommended to remove the epidote before doing physical activities such as exercising, cleaning the home and playing a sport.

It is necessary to protect the isolated epidote from the other minerals in order to avoid fractures and scratches. It is recommended to wrap the stones in a soft cloth and put them in a box that is lined with cloth so that no stone can scratch and reduce its price.

The epidote is a silicate of iron, aluminum and calcium hydroxide. It generally forms columnar prisms or thick tabular crystals with their characteristic stretch marks. It can also be found in acicular, massive or granular form.

The epidote is light pistachio green or dark green with a strong pleocroism, whereby it has a different color depending on the direction from which it is observed. It is usually found in rocks that have undergone regional low-grade metamorphism and as a product of the hydrothermal alteration of plagioclassic feldspar.

The epidote is considered a transforming and healing stone of the emotional body. It helps to release pain and connect with personal power, a sense of identity and the enjoyment of life in a realistic way, dissipating excess self-criticism.

This stone was identified as autonomous from the nineteenth century. However, there is no ancient information regarding its properties in crystal therapy. Epidote is an excellent stone. It is used a lot in crystal therapy and finds its reason for being in a spiritual, mental and physical environment.

Use the epidemic if you suspect that your life is adversely affected by some preconceived ideas. It allows you to get rid of it. Thanks to its use you can clarify yourself, understand which aspects of your life are positive and which are the negative ones.

If you feel the desire to change but you just can’t find the courage, the epidemic helps you in this. It stimulates mental images of tranquility in meditation, helps you to concentrate in the here and now. It is a stone often used when there is need to regenerate.

It allows you to process those painful memories that up until now have not allowed you to move forward with serenity. Against sadness, resentment and resentment. Transform negative emotions so that you can use them for good purposes in your life.

It helps you see an opportunity in failure, that of growth. You will no longer make the same mistakes. Use it if you are a student or need to attend an important meeting. Improves attention and performance. Wear it, you will be more objective towards your real abilities. Knowing your limits you will be ready to delegate.

Also on a physical level it helps. First, it is said that the outbreak can help stimulate immune processes. It allows you to heal sooner, alongside traditional medicine. Promotes liver functions, especially liver production. Improves digestion.

Use the Epidote during meditation practice, stimulate the flowering of symbolic images that can help you find a solution to your problem. It also helps us focus on the present. It helps you sleep better, by putting it under your pillow you can sleep much better at night and charge yourself with energy.

As there are minerals of different shades in nature, they are attributed various properties, so green epidote crystals are believed to attract money. They also help in any business, but on condition that the person is active and active. Minerals only contribute to the emergence of lucrative and empowerment offers.

Wear it if you want to be more objective and try to recognize your real skills. Knowing your limits is very important to move forward and know how to ask for help.

Epidote stone is linked to the Zodiac sign Virgo, so members of this sign can wear it to promote better luck and energy.

At the bioenergy level, this mineral is associated with the solar plexus chakra. It is central and is responsible for the coordinated work of the other energy centers. An epidote with its positive influence can release the blockage of this chakra.

However, this will require meditation skills.

How to Purify Epidote Stone?

This mineral is usually sensitive to heat and very vulnerable to the absolute alteration generated by hydrochloric acid. Therefore, it is highly recommended that the epidote is not exposed to extreme heat or the carrier cleans this mineral with cleaning chemicals.

It is not a very solid stone, even, it is more delicate than quartz and therefore the dust usually contains small particles of quartz, it is advisable to frequently clean this mineral with a very soft cloth, since to reduce the scratches in the stone, it you must clean frequently.

Wear this stone if you want to be more objective and try to recognize your real skills. Knowing your limits is very important to move forward and know how to ask for help.

Epidote deposits are currently being developed worldwide. In Russia, this stone is extracted in the Urals. Kandalaksha Bay and the Tolstik Peninsula can boast a completely surprising phenomenon: the appearance of rocks on the surface.

The line of these deposits in both places has a length of about 200 meters and a width of 70 meters. These amazing natural formations are included in the list of geological monuments of nature, for this reason they are not being developed.

Epidote belongs to rock-forming minerals, which indicates its presence in the composition of other valuable rocks. This stone can be part of concentrated Jasper or zoisite. Independent deposits of this mineral are found in the decomposition lines of feldspars.