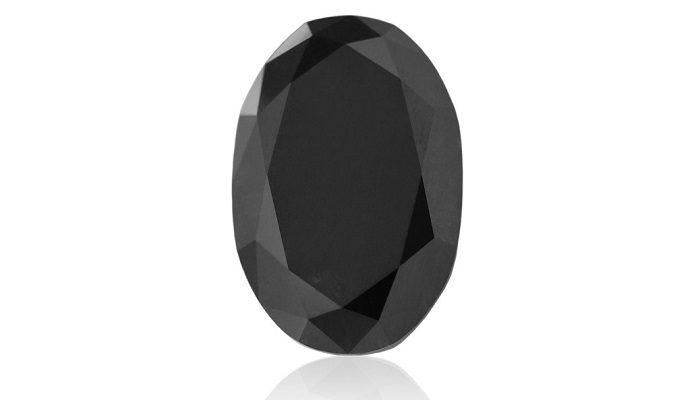 A black diamond is something beguilingly beautiful. Its attraction lies in its fascinating and mysterious color.

In particular, in conjunction with platinum and in contrast to colorless diamonds, it unfolds a ravishing effect. A diamond ring gives a black diamond a very elegant and mysterious appearance. What you should look out for when you are interested in buying black diamonds is explained below.

A strong, evenly distributed over the gem midnight black is the best possible color level for a black diamond. However, this color is a rarity in nature, because the majority of black diamonds are more dark gray, rust brown or dark green. Decisive for the quality is the uniformity and intensity of the color saturation.

Unlike white diamonds, a black diamond is made up of numerous small diamond crystals, between which are deposits of graphite and carbon. These are responsible for the black, opaque color. He has, of course, inner inclusions, which are in no way disturbing. For a high quality, it is especially important that the surface of the diamond and the crown is as smooth as possible and free of irregularities, so that the light rays can be reflected.

A black diamond should be ground as evenly as possible, so that the light reflects on its surface and ensures a mysterious shine. Artificial versus natural diamond is important. The majority of black diamonds on the market today are artificially made by irradiating or heating ordinary diamonds.

Only a certificate from a renowned testing institute like the GIA is a sure guarantee that a black diamond is real. An artificially produced black diamond would receive the commented treated color.

Even among the ancient Greeks and Egyptians diamonds were considered kings of gems. Their name derives from the Greek word “adamas”, as they were considered to be the hardest stone of all for a stretch of eternity. Pliny the Elder described diamonds as follows: “The most precious of all human goods, long only kings, and few known”. Even in the religious Middle Ages, diamonds were said to give their bearers divine splendor on earth, supreme purity and enlightenment, and not even the devil could resist these forces.

Even in ancient India, where it was found as early as the 4th millennium BC, diamonds played a special role. There, these indomitable stones were considered a symbol of absolute virtue and justice. But despite their fame was discovered only in the 13th century that could edit diamonds and only through other diamonds. In India, the processing of diamonds was initially rejected because they believed diamonds would thereby lose their magical effect.

The characteristic and most accomplished so-called brilliant cut, with its 32 facets, was even developed in 1910. Diamonds are not only in great demand as a gem, but are even more commonly used in the industry. Due to their immense hardness, they are particularly suitable for the production of drilling or cutting tools or scalpels.

However, these are but a few examples of their versatility. In order to meet the great industrial needs, diamonds are meanwhile manufactured synthetically.

However, this is only possible through enormous energy expenditure. As a healing stone, the diamond is highly sought after, as it is said to have many healing effects on the body and the psyche. For example, he can strengthen his character and contribute to a faster recovery after serious illnesses. Only marked stones, as unmarked mined illegally and often used to finance ethnic conflicts or other wars. These are so-called blood diamonds. 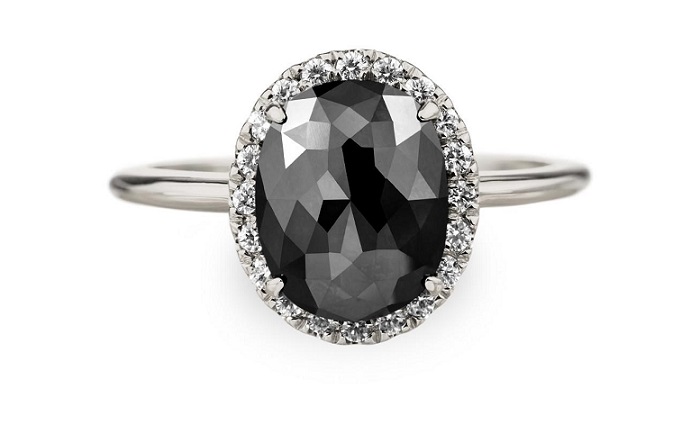 The diamond is not only the hardest of all gemstones, but also the most valuable because of its rarity and refraction. There are also black diamonds. They were not ignored even in earlier times, as the 67.50-karat Black Orlov shows that once belonged to the Russian princess Nadia Vygin-Orlov.

Black Diamonds and black gemstones returned to fashion in the 90s. The black diamonds are colored by a variety of small black inclusions, mostly in the form of graphite. In some diamonds these inclusions are so pronounced that the stones become electrical conductors through the graphite. Because of their enormous inclusion pattern, black diamonds are very difficult to grind and polish, so they rarely achieve an attractive appearance worthy of a gemstone.

The increasing popularity of black diamonds justified the production of such stones by irradiation. Here, diamonds of less good quality and purity are irradiated intensively, usually with neutrons. However, the blue-green color of this process is so dark that the diamond appears black.

However, these treated black diamonds are just “imitations” of their natural counterparts. Please note: Artificially irradiated diamonds must always be marked as such, e.g. by the term “treated” or “color treated”. Of course you can purchase both color-treated and natural black diamonds.

The diamond symbolizes invincibility, beauty and power. The diamond transmits these values to its wearer, because he gives him strength of character, willpower and self-confidence.

But the diamond also gives the urge for spiritual freedom. It is a symbol of purity and thus ensures clear thoughts and above all, the loyalty to ourselves. In addition, the diamond also strengthens properties such as insight and learning ability.

Because the pursuit of the diamond for purity also affects the environment. Thus, through him, his carrier becomes more responsible to himself as well as to others. Illnesses of spiritual origin can sometimes even be detected and overcome by wearing a diamond.

The diamond is also said to have a harmonizing and soothing effect of jealousy in relationships, with the value of a diamond probably contributing as much to it.

Like other diamonds, black diamonds are the hardest minerals in the world. So far, no other mineral has been found on Earth that is harder than a diamond. All world-known minerals are differentiated in mineralogy on a scale of 1 (very soft) ascending to 10 (very hard), the so-called Mohs hardness.

In addition, the brittle, porous and splitting character is another feature of black diamonds. Due to the large number of inclusions black diamonds have numerous cracks, so there is a risk that the stone may break apart or splinter. A challenge for the diamond grinder. Only with a lot of experience, concentration, dexterity and knowledge of the characteristics of black diamond succeeds to make a polished gem out of a black rough diamond. With equal care, a black diamond should be cleaned.

This powerful stone brings luck to those who are in need for a stronger connection with someone they like. Black diamond should be worn around the neck and close to the heart for maximum effect.

Be warned that this diamond is going to evoke strong emotions inside of you so don’t hesitate to let your imagination run wild when you are with the right person.

This powerful stone is a great choice if you are a timid person looking for something strong to shake you up.

The diamond works best as gemstone water. So he is placed in a glass of water overnight, this is then drunk the next morning. Diamonds symbolize knowledge and purity and are therefore used e.g. during meditation placed on the crown chakra or crown chakra. The other chakras can also be activated by the diamond.

The diamond symbolizes invincibility, beauty and power. The diamond transmits these values to its wearer, because he gives him strength of character, willpower and self-confidence.

But the diamond also gives the urge for spiritual freedom. It is a symbol of purity and thus ensures clear thoughts and above all, the loyalty to ourselves. In addition, the diamond also strengthens properties such as insight and learning ability. Because the pursuit of the diamond for purity also affects the environment.

Thus, through him, his carrier becomes more responsible to himself as well as to others. Illnesses of spiritual origin can sometimes even be detected and overcome by wearing a diamond.

The diamond is also said to have a harmonizing and soothing effect of jealousy in relationships, with the value of a diamond probably contributing as much to it.

Diamonds have always been symbols of wealth and prosperity among people. Those who wore diamonds on their necks were considered nobility and the lower classes could only dream of them.

Black diamond, just like all diamonds attracts wealth and good fortune. To attract wealth into your life you should wear jewelry made out of black diamonds around your neck, on your hands and around your wrist. Not all at the same time of course.

The power of this magical stone is going to bring happiness and joy, especially to those who are in need for financial stability.

Black diamond affects your productivity and gives you work motivation which is of great value.

Because the Capricorn likes to take over once, with his will, to find universal rules and must be careful that he does not neglect himself, his own wishes and his creativity.

Black Diamond accesses your divine energy and connects you with the higher realms of spirituality. This stone is used to clear the energy fields that have been polluted and also to clean out the density inside of your emotions.

Black diamond is also used as support and help for other stones and minerals.

How to Purify Black Diamond

Black diamond shouldn’t be touched too much. To clean it, use lukewarm water and dish soap. This is going to help with cleaning of all the grease that gets packed up on your jewelry over the week.

You should clean it once a week or even less frequently. You can also use a brush or or a soft brush to clean it.

This powerful stone can also help you bring more strength and power into your life, which is exactly what you need right now. This stone is meant for all those people who need a bit more stability in their life.

Black diamond is a symbol of domination and great power so everyone who has it is going to be stable and bring more power into their own life. Make sure you follow the rules when you clean these stones, if you want them to last you for a long time.

The black diamond is a very strong and influential stone, so make sure you gift i to the right person. These stones are meant for those who already exude power but also for those who are simply searching for it.