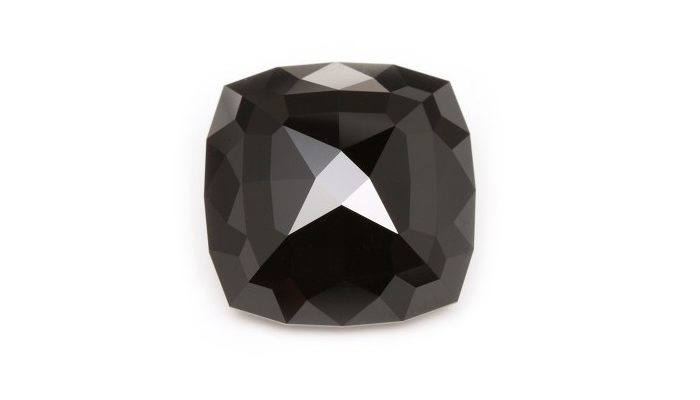 Spinel is one of the most valuable gemstones and is rarely found in the form of larger crystals. The origin of his name cannot be clarified today. It can either be traced back to the Greek “spinos” for “spark” or “sparkle” or to the Latin “spinella” or “Little thorn”. For a long time spinel was confused with sapphire or ruby.

For example, the Black Prince’s ruby ​​(Black Prince’s Ruby) in the British Crown Treasury is a red spinel. Spinel can also be produced synthetically and is used because of its heat resistance (melting point is 2135 degrees Celsius), especially for refractory materials use.

Spinel gives courage, cheers up and promotes a confident attitude towards life. It reduces stress as well as fears and facilitates changes or new life situations. No matter if in relationship or profession.

But spinel also increases self-acceptance and assertiveness and gives more consistency in thinking and acting. He supports auto therapy and protects against the influence of others.

Spinel is considered a stone of meditation and inner peace and as a protective stone for the soul.

Over the centuries, many cultures have contributed to creating legends and traditional meanings on stones. The best essay on the traditions that revolve around stones is certainly the book by George Frederick Kunz “Curious Traditions on Precious Stones” published in 1913. But Kunz was not a contemplator of crystal spheres, but rather the most popular gemologist of the his time and, in his post as stable expert at Tiffany & Co. in New York, he contributed to the creation of what is now the market for colored stones.

He also played a decisive role in organizing some of the most important collections of rare stones, including the famous J.P. Morgan-Tiffany which today is located at the American Museum of Natural History.

Kunz believed we could learn a lot by studying how stones were used in different cultures and various popular beliefs that arose on rare stones at different times.

For Kunz, however, these studies were not limited to being pure sociological curiosities, but a way of deepening their knowledge of the world of gems: “Many of these ideas may seem strange to us today, but, analyzing them carefully, we discover that they have roots deep in some intrinsic qualities of the stones or, in some way, in an instinctive recognition of their symbolic meaning.”

Black spinel stone has some very interesting properties and by observing closely, we can spot it easily among other stones. The stone is more likely to be a backer in situations where change is involved. Changes of a professional or private nature, changes that go back on their own initiative, changes that were imposed more likely. The spinel is associated with issues such as confidence, energy, and stamina through its channeling and structuring energy. People who feel deficits in these aspects or suspect development potential, find in him a reliable companion. 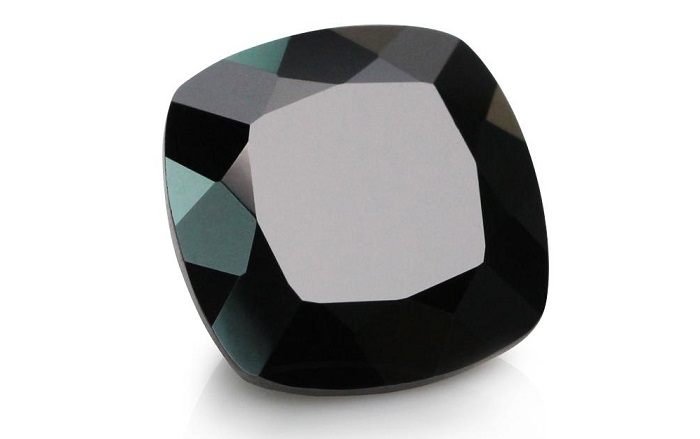 In the somatic area, he is said to have an affinity for the nervous system and the brain, as well as for the active musculoskeletal system. Also, it’s basically invigorating alignment has a beneficial effect on the digestive lymphatic and vascular system, a real all-rounder.

Another highlight is an immune stimulating and healing-promoting aspect, especially in inflammatory processes and injuries of all kinds. Not to forget his strengths as an astrologist: stomach bleeding and ulcers, hyperacidity and gastritis are found as an indication.

Here, however, applies with all due respect to the potential of the spinel: in such risky events should necessarily medical expertise to be pulled.

Rock science as a sub-field of geoscience explores the spinel and finds a cubic crystal system, an extremely high melting point (2135 degrees Celsius) and a high resistance to weathering influences.

All of this can be well associated with the effects described above in the mental domain. It is reported that the name is of Greek origin and means something like “sparkling”. A Latin origin “spina” is just as plausible, especially the translation with “backbone” fits into the picture again.

Spinel is preferably found in igneous rocks around the world, often in deposits where rubies and sapphires are also found. It is a coveted gem, which in its red variant is difficult to distinguish from ruby. So it is no wonder that a spinel named Black Prince’s Ruby decorates the English crown – after all, the spinel was long attributed to the rubies, only for about 150 years, he is recognized as a separate species.

The coloration goes through the whole spectrum, from the pure, colorless, much sought-after (and quite expensive) gemstone to spinel almost black colored by iron ions. The colors are on the mental level very specific directions of action assigned: So promote z. For example, black is the correct way to deal with other people, bright green is good against fears, red inspires vitality, self-confidence and the ability to lead.

To unfold the beneficial powers of the stone, all the usual applications can be used: energized water internally or as a wrap, stone supports and massages. In problematic life situations, the stone may be worn over the sternum for a longer period of time. He can also be used concomitantly with fasting cures. Followers of the chakra therapy also get their money: depending on the color of the spinel maintains relationships with the different energy centers.

The Black Spinel stone can affect your love life by making you think more carefully about the needs of your partner.

This stone also affects our confidence, therefore our whole attitude changes when we start feeling the effects of this powerful number on our body and our soul.

Due to its bright colors, the spinel was a very popular gem among the ancient Greeks and Romans. However, due to its diversity, for a long time, it was very difficult or even impossible to distinguish it from other gems.

For example, red specimens used to be often associated with rubies, while blue ones were considered sapphires. For example, the famous “Black Prince’s Ruby” from the British Crown Jewels is actually not a ruby, but a red spinel. Spinels are mainly used for jewelry, but also for technical ceramics and not least, of course, as healing stones.

The gemstone has a very positive influence on the mood and vitality of its wearer. He makes optimistic and helps to reduce fears and worries. At the same time it gives self-confidence, assertiveness and more confidence in one’s own abilities. In addition, by promoting perseverance and perseverance, it allows one to stay focused and do important things in life as well.

The spinel is a gemstone that can be instrumental in helping you achieve goals. Because he supports his carrier in starting and pursuing projects. If there are major changes or new situations need to be mastered, the stone can make the step into the new phase of life easier. The spinel acts as a stronghold of the soul when used in meditation. He can release blockages and give calm and new strength.

Also on the physical level the spinel shows a very pleasant effect. For example, it makes dynamic, strengthens muscles and digestive tract and cleanses the skin. To work optimally, the stone should rest directly on the skin. For example, you can wear it as a necklace or put it on certain body parts. The question of spinel and chakra cannot be answered universally. Where it works best depends on the color of the gem, which should match the chakra color.

The Black Spinel stone affects your confidence which means this powerful stone can also help you achieve more success in your business ventures. This stone should be worn close to you when you enter important meetings or when you plan on entering important business adventures.

The spinel is an important stone for the zodiac sign Scorpio and Sagittarius. Both help this healing stone to reach the set goals. The Black spinel solves the future fears of Scorpio and the blue spinel helps the Sagittarius through hard times.

Astrologically, the spinel on the star sign Scorpio and Sagittarius is particularly beneficial. He can help these signs to go their own way and implement projects by reducing concerns and giving them the necessary confidence.

How to Purify Black Spinel Stone

In order to guarantee an optimal effect when using the spinel, it is important to cleanse and recharge it regularly. To clean or discharge the gemstone, simply hold it under running water. Then reload it: It is sufficient if the stone is placed in the sun for a short time.

Spinel is a mineral from the class of oxides and can occur in a variety of colors. The origin of his name is not clear. It could be derived from the Greek word “spinos” (sparkle or spark) or could be traced back to the Latin word “spinella”, which means small thorn and could refer to the sharp edges of the stone.

Spinel’s are rare and belong to the noblest stones. The best known localities are in Vietnam, the USA, Siberia, Sri Lanka, Myanmar and Tajikistan. But also in Germany, Austria and Switzerland, these gems occur.

The colors of the spinel are varied as mentioned, which is due to the fact that metals such as zinc, iron or chromium can be mixed in different proportions. This creates a wide range of color options.

In its pure form, however, the spinel is colorless – but there are such “flawless” spinels rather rare, as well as yellow, green and brown specimens. More common – and very popular – are the colors red, pink, blue and purple.

On the physical level the spinel shows a very pleasant effect. For example, it makes dynamic, strengthens muscles and digestive tract and cleanses the skin. To work optimally, the stone should rest directly on the skin. For example, you can wear it as a necklace or put it on certain body parts. The question of spinel and chakra cannot be answered universally.

Where it works best depends on the color of the gem, which should match the chakra color. If you carry this powerful stone close to you, you can expect its powerful effects to give you support in all the important moments that you need that extra burst of confidence. By carrying this stone with you, you are making sure that the energy of this stone is always present with you.