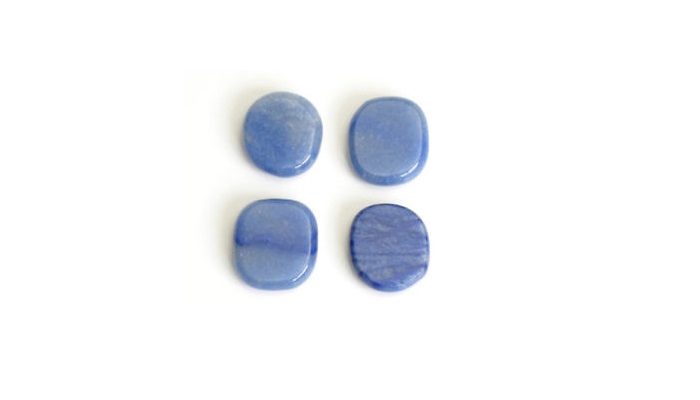 The name aventurine, a mineral belonging to the quartz family, is born because on the surface it presents arranged in an apparently casual way, that is incursions of other stones.

When in any area there was a lack of precise structure (even if only in appearance) the Italians said “à l’aventure” which meant “at random”.

Aventurine was then inspired to give its name to a particular green-brown glass born in Murano, towards the first half of the ‘600.

Green aventurine is undoubtedly the most famous. The color is given mainly by the presence of fuchsite.

But there is also red aventurine, known as sunstone, which owes its characteristic color to the presence of hematite.

Unfortunately we do not know if in Italy already at the time the aventurine was used for therapeutic or protective purposes.

The most interesting legends about aventurine come directly from Tibet. It appears that this crystal was used for the purpose of treating myopia.

They probably also believed that he was able to “give the sight”. Assumption born from the fact that the ancient Tibetan statues had aventurine eyes, perhaps to give them the power to watch over man.

A type of quartz that, according to many, was also used because it was considered capable of conferring higher powers, creativity and knowledge. Aventurine, belonging to the group of quartz with a trigonal crystal system, is a bright green stone. The elements connected to her are water and air.

A stone that embodies the highest expression of femininity and intellect, understood both as compassion, love, creativity and ability to give life to one’s ideas.

Connected to Anahata, the heart chakra, it is used in crystal therapy to harmonize its energies. It brings serenity and helps the person who wears it to overcome the difficulties that life puts before them. 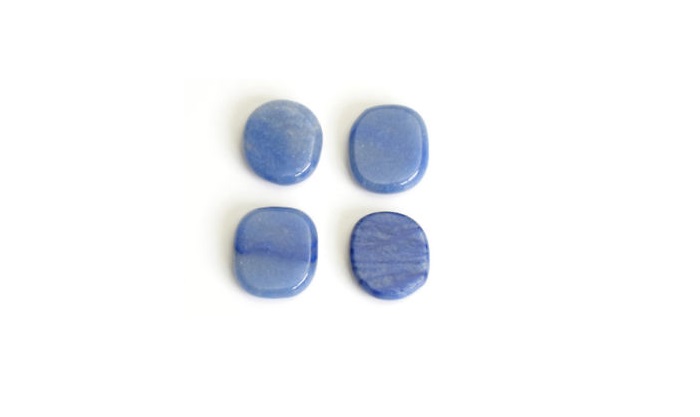 Since I started the blog at the end of March, I talked about two other stones: the amethyst and the agate. I chose them in a completely instinctive way, without following a “work plan”. I only made myself when I started to write every single article, and to do some in-depth research, that all of them belonged to the trigonal crystal system and therefore have similar basic characteristics.

Therefore, even the aventurine, just like the other two, is a stone that acts without passing through secondary roads. Ideal for those individuals who have made simplicity a way of life, who do not particularly like excesses and unnecessary risks.

However, it is also perfect for people who do not have these requirements, but they need to integrate them into their lives to achieve balance.

Connected at the energetic level to the fifth chakra, that of the heart, also on a physical level it seems that the aventurine acts on this organ, favoring also its regeneration. Excellent for cleaning veins and arteries if brought to the height of Anahita through the use of a necklace.

Used for centuries to create jewels, vases and ornamental objects, it is historically seen as the famous fortune stone is said to attract the kiss of the blindfolded goddess. Green aventurine stone amulets came and are used for propitiatory rituals to bring abundance and money, in chronotherapy.

Green aventurine stone has beneficial effects on mood because it recalls the color of nature, transmitting tranquility, harmony and fertility. Ancient legends and popular beliefs that have come down to us give aventurine stone the power to cure myopia, because it was believed that it had the power to give sight. Belonging to the group of quartz with a triangular crystal system, the elements connected to it are air and water.

The history of aventurine stone like all crystals and gems dates back centuries, their use unites many of the most mysterious and fascinating ancient civilizations, the Egyptians, the Mayans, the Tibetans, the Sumerians and the Assyrians, they had succeeded in drawing from these minerals not only mental and physical well-being, but being the crystals the concrete meeting of the four fundamental elements of creation, Air, water, earth, fire succeeded in using them above all to catalyze the positive energies of the universe.

The human being has a close and subjective link with these four principles and from this precisely the Crystal Therapy is born. Using the energy of the green aventurine crystal we can benefit physically and mentally the connection of our body with the stone is a fundamental requisite for the properties of the aventurine stone to bring about changes and positive effects in our life.

We discover the beneficial effects of green aventurine as a pain reliever and anti-inflammatory for this particular property, combined with a purifying action in adolescence can be used to fight inflammatory states of the skin such as acne, rosacea, dermatitis and eczema, is recommended in ophthalmic diseases helps to eliminate eye inflammation, green aventurine also stimulates the metabolism of fats, favoring the reduction of cholesterol.

Aventurine can be worn as a pendant, both at heart level, to increase your self-esteem.

Otherwise, since prolonged physical contact is needed, it is fine even if worn as a ring.

In this case he works above all on your ability to impose yourself on those who are your rights as human beings, without letting others trample you.

This mineral, when used in the form of an elixir for external use, also helps prevent epidermal diseases. Recommended in this case to take advantage of the aventurine elixir once a week, to be diluted in a hot tub where you can dive to make a restorative bath! In crystal therapy, anti-inflammatory, pain-relieving and anti-allergy properties are attributed to aventurine.

The perfect stone for those in search of inspiration, perhaps to revolutionize an already started project. Despite being able to awaken creativity, it does not “pump” the ego, on the contrary. It also develops the great quality of knowing how to recognize good ideas, even when they come from others, obviously giving the right merit!

Of all three aspects, this is what I prefer, especially when it comes to the properties of aventurine. This stone is a real magnet for happiness! It does not attract positive situations, but helps those who use it to see the good in the little things that happen every day. From here an initial mechanism is triggered and imperceptible.

By opening the heart to positivity, here automatically there will be greater self-esteem and a greater awareness that, thanks to the commitment is the passion, it is possible to achieve one’s goal. The stones have no powers and do not make us become different people, but simply allow us to gradually bring out the best part of us.

If you have been lucky enough to buy a rather large specimen of aventurine, then place it in the room where you spend most of the time. If you do a creative job, make sure you keep it where you work so that you can benefit from a greater influx of ideas.

You can make an aventurine elixir by holding a stone in a glass of water. Afterwards, use this same water to do local rinses. Helps prevent and combat various skin diseases. You can also pour the glass of water in a tub full of warm water, so as to immerse yourself completely. It has pain-relieving properties.

If your current goal is to identify your real goals, then I recommend using aventurine during a meditation session or placing it on the heart chakra when you are taking a crystal therapy treatment. It helps you to clarify and maybe get to some interesting conclusions!

Aventurine develops patience, the desire to confront others and be receptive to those who need a word of comfort. Feeling attracted to this stone can mean that these qualities are already innate in us, but we need to develop or make them emerge.

The Blue Aventurine Stone is linked to the Zodiac signs Aries and Aquarius.

Aventurine makes you much more receptive. To get this benefit however, you have to bring it up to the fifth chakra thanks to a pendant. The rope must be long, so that it is positioned at the height of this energy center.

But remember to take it off during the night, which you should do with all the stones anyway.

How to Purify Blue Aventurine Stone

To purify the Blue Aventurine stone just put it under lukewarm water to clean all of the dirt from the surface.

‘Aventurine stone belongs to the quartz family is a variety of chalcedony, is extracted in Russia, Brazil, India and Pakistan, famous and widespread all over the world, there are also deposits in Italy. Of a grainy consistency in its raw state, once polished, the aventurine stone is distinguished by its glistening color, due to the metallic inclusions of Fuchsite (chromium-mica), which make it up, and which form a grid of lamellae that shine at the light, giving aventurine stone a unique and enchanting iridescence so as to bear the name of “adventurescence”.

The quantity of metals present characterizes the colors and shades ranging from silver green to a sparkling blue, for these characteristics and for the vitreous luster the green Aventurine is defined as the “emerald of the poor”, it has passed through time as all the mineral stones but its charm has never gone unnoticed.

Objects of remarkable artistic value obtained with the green aventurine stone are known, the same court of the Romanoff’s was fascinated, in fact a vase of emerald green Aventurine was donated by Tsar NICOLA I to the famous English geologist Sir R.S. Murchison and today, that vessel, is kept at the British Museum in London.

It is still highly appreciated in China from which the imperial seals are obtained, its brilliance recalls mystery and opulence so much so that the ancient Tibetan statues have eyes made of green aventurine, it was believed that the glint of the stone infused higher powers and allowed the statues to watch over humanity.