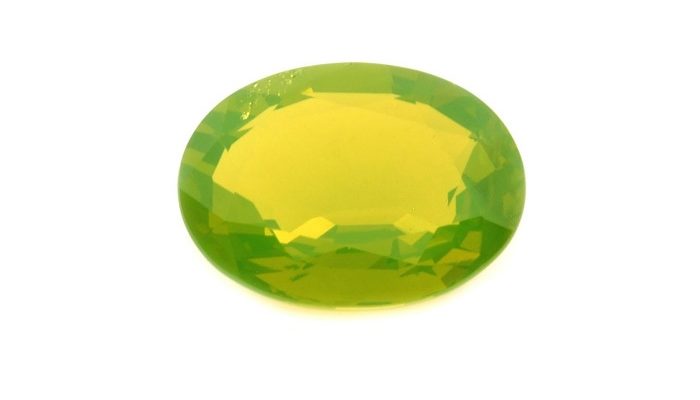 Since gems and precious metals have always been a great point of interest for the human being, many of these gems were used for the purpose of decorating, clothing, for the manufacture of jewelry, amulets scepters or other accessories that have been used throughout history, to demonstrate more than any status in society or simply collectors have given themselves the luxury of owning the most exotic stones on the planet.

Currently the implementation of these gems for the manufacture of jewelry exclusively has been left aside, even reaching a sentimental and spiritual value greater and more relevant than the commercial value.

Over the years, precious gems and metals have acquired different meanings in cultures, which have made use of them.

From the most sought-after gems such as the Diamond and even the most abundant such as the Amethyst, each and every one of them has been used for medical and magical purposes.

Being some used to impose negative spells on other people and even others becoming used as amulets of protection against bad vibes and energies.

Likewise, it is impossible to talk about precious stones and not to mention the chrysoberyl that has taken such importance over time, not only for those expert jewelers always willing to put their hands on some exotic stone and make a decorative accessory worthy of a queen , but, also being prized by shamans and sorcerers for their unique properties.

In today’s article we are going to talk about the powerful effects of the Chrysoberyl stone and how it can benefit us.

Alexandrite, or Alexandrite, is a gem well known for showing one of the most notable color changes in the world of precious stones: green in sunlight and red in incandescent light. Chrysoberyl Crystal Precisely, this color change is the main criterion to determine whether we are facing a Chrysoberyl or a common chrysoberyl.

However, due to its rarity and price, few have had the opportunity to see a natural alexandrite. Most of the stones that are on the market, and that show this marked change in color, are synthetic alexandrites.

They are often sold as alexandrites, synthetic corundum’s dyed with vanadium and chrome, but they are not very similar, since their color is bluish gray with artificial light.

In addition, its identification is simple after measuring the refractive indexes with the refractometer. 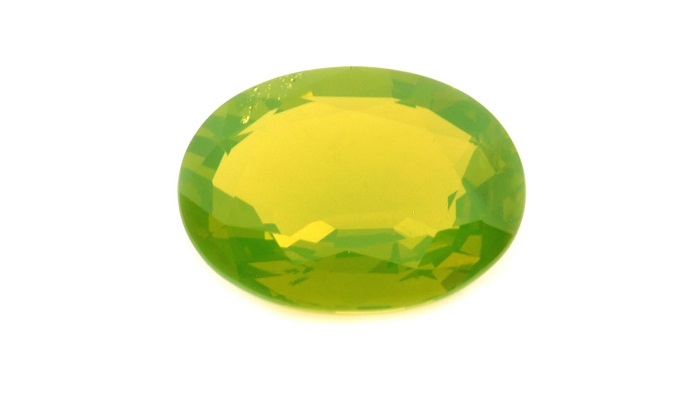 Some synthetic spinel’s have a color change that looks more like Alexandrite, but they differ easily because they are isotropic and do not show pleocroism.

At another level, both in price and in the intensity of the color change, we have a natural stone, the Andalusian, which also has this effect.

With such unusual features as the color change and the iridescent, the chrysoberyl family is an enigmatic category of precious stones that can go from very cheap prices to the highest prices. There are three main varieties of chrysoberyl.

Alexandrite and Cimofana (cat’s eye) are well known and are among the most expensive of all precious stones. Ordinary faceted chrysoberyl is equally rare and beautiful, even if it is one of the cheapest stones. All varieties are exceptionally resistant and produce some extremely durable gems.

It is said of the chrysoberyl that helps in efforts to achieve excellence, promotes peace of mind and increases self-confidence. It also develops kindness, generosity, benevolence, hope, optimism, renewal, new beginnings, compassion and mercy. This stone expresses spring, youth and innocence.

Chrysoberyl is known for its ability to increase the healing properties of other stones and for treating disorders of the pancreas, liver and kidneys.

The ordinary transparent chrysoberyl is almost always yellow, yellowish green, or brown. In yellow chrysoberyl the color is due to iron impurities (Fe + 3). When well carved, it produces shiny and durable gems that, although not very common in jewelry, are attractive and relatively affordable.

The cat-eye chrysoberyl is a translucent gem whose range of colors ranges from honey yellow or honey brown, yellowish green and apple green.

Sri Lanka and Brazil produce the majority of cat-eye chrysoberyl. This stone is an excellent choice for men. They have a masculine charm and are very durable. A stone of superior quality will be placed in the price range expensive.

Flat, square and trapezoidal stones have been used as jewels and amulets since the 18th century. It is believed to attract sex, love, and marriage.

In fact, chrysoberyl is used as a key item in wedding anniversaries.

Chrysoberyl is a mineral, composed of 20% beryllium oxide and 80% aluminum. Sometimes it has impurities or small inclusions of iron, calcium, chromium and titanium. It is characterized by its hardness (8.5 on the Mohs scale). It is green with shades ranging from yellow to brownish or blackish; of vitreous and translucent shine.

It crystallizes in the orthorhombic system and is generally found in tabular forms and short prisms. The chrysoberyl, also called chrysolite or chrysoplole, is irregular and sometimes concoid. Brittle. Its density is 3.75 g / cm3. It is a material highly resistant to acids and alkalis. The chrysoberyl formula is BeAl2O4. Y

The name of the mineral comes from the Greek word Krusos or krysos which means gold; and beryllo, which is beryllium, green stone. It translates as golden beryllium. It has multiple varieties, but the best known and commercialized are Chrysoberyl and Cimofana or cat-eye chrysoberyl. Both considered precious stones.

The common chrysoberyl is transparent, yellow, greenish yellow or brownish green; and characteristic hardness. Worked, acquires brightness and durability. Moreover, Alexandrite and Cimofana varieties are preferred for their particularities.

Alexandrite or Chrysoberyl is named in honor of Tsar Alexander II of Russia. The gemstone is rich in chromium. It changes color, from bluish green to red, when exposed to incandescent light. It has a high value for its beauty, versatility and use.

Cimofana is semi-transparent, yellow to greenish or golden brown. It must be carved in cabochon to appreciate the movement of a marked luminous line while the stone is rotated.

Ring reflection or optical effect by which it is characterized. Its shape reminds the elongated pupil of the feline eye. Chrysoberyl is the only mineral that can be called cat’s eye, without putting the name of the rock first.

Alone or associated with quartz, beryl, tourmaline, topaz, albite or muscovite, chrysoberyl is found in granitic pegmatite’s and mucous cysts. It is also found in sedimentary deposits of sand or gravel.

It is a common mineral, but not all samples are of quality. Good specimens of chrysoberyl have been obtained at sites in Burma, the Czech Republic, Bulgaria, Austria, Russia and Zimbabwe, Brazil, Argentina and the United States.

Zimbabwe and Brazil, together with China, India and Sri Lanka are places of formation of the cat’s eye variety. Brazil, Sri Lanka, Burma and Tanzania deposits of Alexandrite. Exceptional crystals have been extracted in Espiritu Santo, Minas Gerais and Bahia, Brazil. Also in Sri Lanka, where the largest stone found so far comes from, with 1876 ct.

The common chrysoberyl is carved in facets that highlight its beauty, brightness and durability, it is also relatively affordable. Features that favor its use in jewelry and elaboration of artistic and / or decorative pieces. Iron impurities give it a special yellow color, which does not have to envy precious stones, even when it is not considered such.

Bright yellow, green or red stones are the rarest and most coveted. Since ancient times they are used as jewels, which are not only concerned with beauty, but power, protection, health. Large Alexandrite’s are part of important collections.

Cimofanas or cat eyes are even more exceptional and reach a high cost according to their quality. The honey yellow, honey brown or apple green tones combine with the litmus effect and the small and parallel silk inclusions. They are carved in the form of domes or cabochons. Alexandrite’s and Cat eyes are among the most economically valuable gemstones.

It has special influence on those born under the signs Aries, Scorpio and Capricorn. It is the stone of innocence. It can be confused with other minerals of similar characteristics or synthetic versions.

The industry manages to imitate it, however, they have not yet managed to fully copy the optical effect produced by natural rock.

The chrysoberyl opens the chakras of the solar plexus and the heart. It improves the functioning of the liver, pancreas and kidneys.

It enhances the healing properties of other rocks and provides the body for reflection, energy recharge and the pursuit of excellence. It transmits mercy, goodness, hope, optimism, trust and mainly self-control.

How to Purify Chrysoberyl Stone?

To clean this beautiful stone, simply put it under running lukewarm water and let the water get rid of all the dirt from the surface. Don’t do this too often, in order to keep the stone nicely charged.

Chrysoberyl, also called “chrysopolite or chrysolite”, and even being better known by its colloquial name: “cat’s eye” is a mineral composed of “beryllium oxide” and aluminum, “alumina silicate” and also “glucinate aluminate” Chrysoberyl varieties known as Chrysoberyl and Cimofana fall into the category of precious stones.

This stone usually has a yellowish green color, with a characteristic vitreous luster, infusible to the torch, very resistant to acids and difficult to attack by the fusion of alkalis, is capable of scratching the quartz, that is to say it has a greater hardness than the quartz, but this one has a hardness less than that of the spinel.

Hopefully this article was helpful and you were able to find out all the important information about this powerful healing stone. 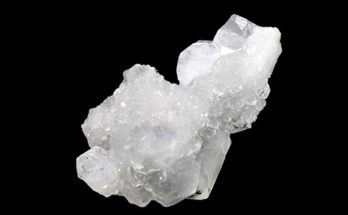