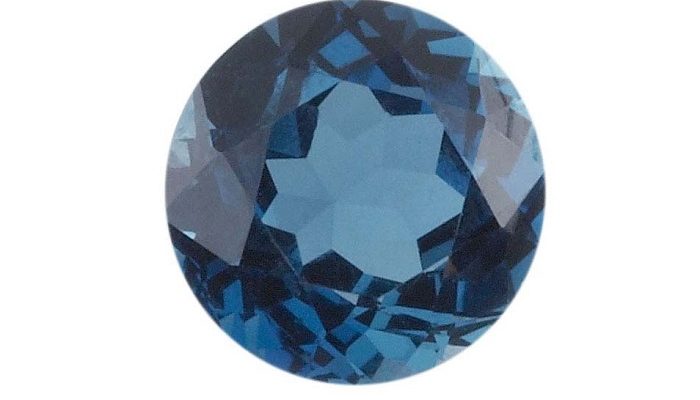 Topaz stone is very well known in jewelry, used for the creation of precious jewels. If a transparent crystal can be defined (even if it is difficult to find in nature), the presence of an element rather than another gives a particular color. You can find the topaz in red, pink, blue, green, yellow and brown color.

It is much appreciated not only from the aesthetic point of view, but also in the crystal therapy for its meaning and the many properties.

In the most ancient times it was considered mainly a symbol of chastity and sincerity, given to women about to get married also to wish a long happiness.

Today he is particularly appreciated because he seems capable of making the person much more aware of what his real desires are.

In 1734, the German mineralogist and metallurgist Johann Friedrich Henckel recognized topaz as being not identical with quartz in its substance. Henckel was the first to refer to the term “topaz” as fluorosilicate, which bears this name today and which does not mean other minerals with that name.

Some beliefs want the name topaz derives from Topazos, an island located in the Red Sea. The reference is specific to those deposits where stones such as crisoberillo and olivine were extracted, mistakenly mistaken for topaz. Etymologically from this point of view you can see an attribution error.

Another version is that the name topaz derives from tapas, a Sanskrit word that if translated means fire. It is no coincidence that topaz is linked to this solar and masculine element, which again underlines its energetic strength.

In the Speculum Lapidum (XVI century), Camillo Leonardi attributes to the topaz stone the ability to curb lust, passions – which once again exalt the virtue of chastity that the crystal in question confers – anger and frenzy. He attributed to the topaz the power to uplift sound principles.

Other legends speak of topaz as a symbol of wisdom and courage, an amulet against the evil that seems to know even the Jewish priests. In Exodus we speak precisely of how the pectorals of the latter were adorned with twelve stones, including the topaz. These stones symbolized the 12 angels that protected the people on Earth.

Its origin is just as unclear as the etymology is the history of topaz. The oldest documented traces for the use of topaz as a gemstone come from Egypt, from the period between 1580 – 1350 BC. Chr. 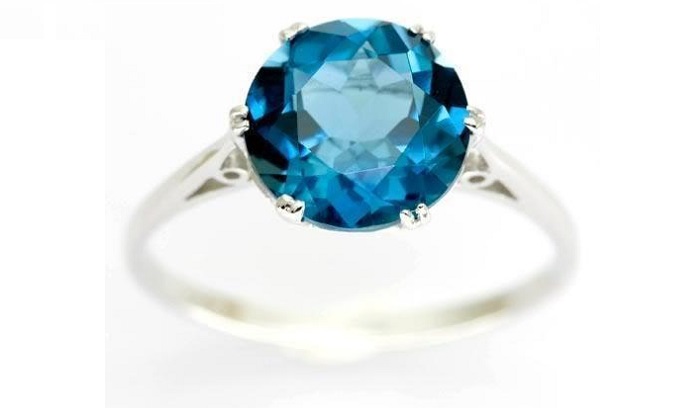 In fact, Topaz should have been found much earlier. Topaz and quartz are frequent companion minerals of tin, a metal that has become an important commodity with the discovery of bronze, an alloy of copper and tin. In Palestine, the bronze production already for 3300 BC. In Egypt, the Bronze Age began around 2700 BC.

In Central Europe around 2200 BC In 1800 and in northern Europe around 1800 BC Chr. Since it cannot be assumed that the early miners in their search for tin escaped the sometimes very large topaz crystals, topaz could well be known for four to five thousand years.

It is certain that at least since the times of Pliny the Elder (Gaius Pliny Secundus 23 BC – 25 Aug. 79 AD) with topaz green stones were described. Pliny indicates the color as leek green. However, as green topaz is extremely rare, it is today agreed that from Pliny until the twelfth century the term topazos meant today’s peridot. Pliny describes the topazos namely as soft enough to scratch it with a file and is the locality of an island in the Red Sea.

Today, the term topaz is usually associated with the colors yellow, brown and light blue. Topazes of these colors are only found in very few places in the world. Most topaz is colorless and it is likely that topaz was mistaken in ancient times for quartz and other colorless minerals.

In the oldest known work about gems (Peri Lithon, “About Stones”), Theophrastus, a student of Aristotle, calls a stone called lyngourion, and describes it as very hard, cold and transparent. The term allegedly refers to the Italian region of Liguria, which at the time of Theophrastus covered a much larger area than today.

In fact, there are about half a dozen smaller deposits in Lombardy and Piedmont, so this theory seems plausible.

Also called the crystallos, which was probably meant rock crystal. Most likely topazes were also called lyngourion or crystallos. In the eleventh century, Marbodius, Bishop of Rennes in Brittany, described Topaz in his “Liber de lapidibus” for the first time as yellow. Only from this time on topaz is more often associated with the colors yellow and golden yellow than with green.

The beautiful London Blue Topaz stone is a powerful talisman against bad luck in love. This stone can be carried around the neck or on your wrist in order to attract better luck and optimism into your world.

This powerful stone helps you to recognize true love and distance yourself from those who do not love you truly. Wearing this stone close to you can be truly beneficial in many ways so always keep it close and never forget to wear it when you are planning on going to important dates. This beautiful might be what you needed the entire time in order to turn your luck in love around.

The London Blue Topaz is a true ego booster that strengthens our self-confidence, harmonizes our emotional lives and strengthens and exalts our assertiveness in a very natural way. In dealing with others, we seem charming, courteous and open-minded, without appearing arrogant or dominant. New projects often succeed playfully under the influence of topaz.

On the physical level, the topaz mainly strengthens the intestinal activity; it ensures a healthy digestion and stimulates the pancreas. On the nerves, especially the taste buds, he should have an excellent effect.

The topaz works best on the solar plexus chakra. On the astrological level, he is assigned the star sign Virgo, Cancer, Taurus and Libra. The topaz should be unloaded twice a month under running water and charged overnight with a rock crystal. Some stones fade or return to their original color when exposed to strong light: never place the gems in bright sunlight! In addition, a surface-treated topaz cannot be re-sanded or polished.

There are various types of topazes in nature and the properties of this stone also vary greatly depending on the color. Being still the same stone, there are aspects in common. One of the first things that stand out from the eye of the topaz stone is that it can be very pure and, despite the color differences, remains a transparent stone and for this reason a catalyst of male and solar energy.

It can stimulate practically all the chakras of the body, especially the “high” ones, rebalancing thoughts and emotions. In crystal therapy it is appreciated a lot because it is revealed, a bit like rock crystal, an all-round stone.

On a physical level it seems to favor the resolution of problems such as thrombosis, asthma and endocrine. It generally strengthens the whole organism and the central nervous system. In this therapy, stone detoxifying effects on the liver and the respiratory tract are attributed to this stone. It seems that it manages to keep the immune system active, which is why; perhaps, it was used in the past as prevention against colds.

It keeps the mind clear and helps you to see life also under its practical aspect, but above all not to look only through the lens of feelings and (pre) judgments. It is the stone for you if, for example, you want to find a solution quickly and then, wait for the inspiration that will allow you to come out of it and make it happen on a personal level. It will give you the energy necessary to modify your existence starting from the present.

It purifies emotions, gives joy and pushes stress away. The topaz awakens the warrior within you, causing you to fight for your principles constantly. It is a valid ally to combat insomnia and depression.

Especially imperial topaz is perfect in meditation. You should use it as much as possible during your meditative practices, as well as yogic and visualization practices. It makes more receptive to universal energy. It is the stone of peace and love.

The London Blue Topaz stone is going to make you much more confident and strong willed when it comes to your work. This stone should be worn as a talisman whenever you are going on important business meetings.

On the astrological level, he is assigned the star sign Virgo, Cancer, Taurus and Libra.

The topaz works best on the solar plexus chakra. Use this powerful stone to boost your optimism and release negative energies from your chakra.

The topaz should be cleaned twice a month under running water and charged overnight with a rock crystal. Some stones fade or return to their original color when exposed to strong light: never place the gems in bright sunlight!

In addition, a surface-treated topaz cannot be re-sanded or polished.

A pendant of topaz brought into contact with the body will help keep the inner energies moving, but above all to direct them and be aware of their existence.

It is a stone that accompanies the introspective journey and makes aware of what are the effects of a wrong word or action.

Ultimately it is a stone that gives a lot of joy. I advise you to keep it close when you happen to be a little too tense. It is a stone that promotes happiness and renewal, both from a spiritual and a physical point of view.

Topaz deposits are spread all over the world. It can also be found in Russian, Czech, Afghanistan, Norway, Pakistan, Italy, Brazil, Japan, Germany and United States. Wear this stone whenever you feel like you need a little more confidence and you will certainly notice a significant change in your behavior.