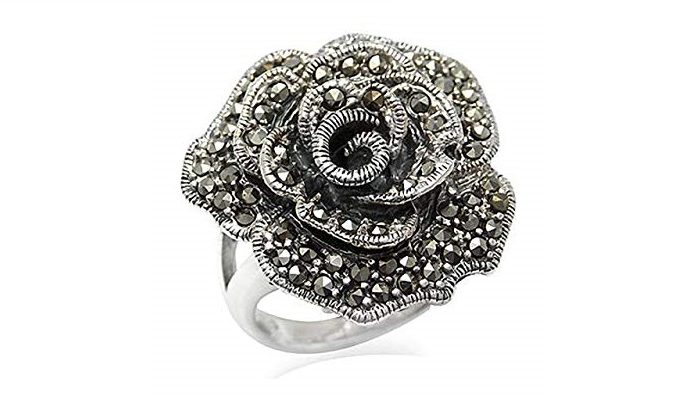 Despite having a heavy and metallic appearance, marcasite is a bit fragile. It is an iron sulfide of a golden metallic color and has almost 50% iron and the rest is sulfur.

The marcasite allows us to balance our crown Chakras and the solar plexus. By performing our meditation with one of these energy stones, we can notice the benefits we receive in our spiritual elevation processes.

The properties of marcasite make it very useful for people who have kidney stones and possible biliary problems.

If we suffer from skin problems such as acne or we have had any skin herpes this stone will help us fight them by returning their softness and natural color to our skin.

It also helps us eliminate warts, moles and freckles.

This magnificent stone of power allows us to treat and cure rheumatism and facilitates us to purify the blood and spleen. The marcasite allows us to balance the energies of our body, helping us to feel better and more focused.

If we make an elixir with the marcasite stone and clean our house by spraying it near the doors and windows we will be protected from those presences that are not welcome.

Using this stone every day will increase our ability to be objective in situations that may be uncomfortable or difficult. We will feel that we can concentrate much better and that we have more clarity in our mind.

In addition, we will have greater enthusiasm when it comes to performing our tasks. Any stone of energy power that you have needs to be subjected to a cleaning and recharging process from time to time.

The vibrations through which the energies found in the stones act have a very powerful effect on our emotions.

Therefore, it is absolutely necessary to clean and load the marcasite stones that we have in our possession. 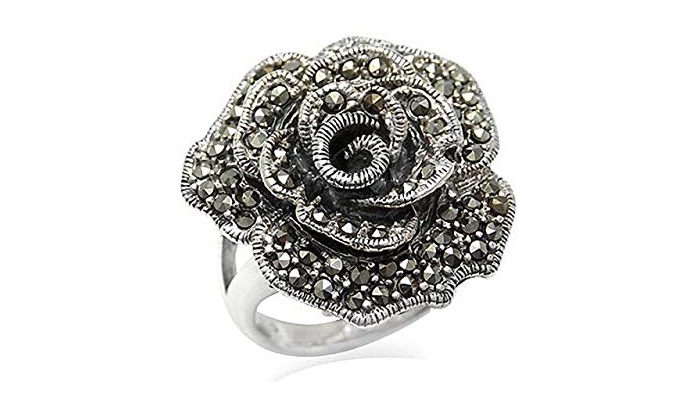 Every time we are using a stone of energy we are handling the very power of Mother Earth. It is not recommended that we start using a stone as soon as we have received it.

Having a new marcasite stone is very advisable to clean it deeply to eliminate any negative energy you may have.

It is logical to think that this stone has come a long way and has gone through many hands before reaching us. During this period he has collected energies of all kinds that can prove to be harmful to us and our environment.

They call it the stone of optimism because of the positive effects it causes to those who carry it on. Of a very peculiar beauty that has led her to be confused with gold on more than one occasion, the marcasite is very similar to pyrite.

Today I come to talk about the marcasite, the golden stone that crystallizes in clusters called rooster crests. Are you coming to meet her?

The marcasite mineral is a stone with a fragile toughness, despite its metallic and heavy appearance. It is an iron sulfide that has a golden metallic color. Its chemical formula is FeS2 where it has almost 50% iron and the rest is sulfur.

This metallic gold colored gem has a completely opaque appearance, characteristic for which it causes the exclusive inclusions in the lapis lazuli. For this reason, each marcasite stone is unique, thus being highly valued in jewelry.

The marcasite gained much fame in the England of the Victorian era. At that time they cut and polished them in circular or square shapes, and by crimping them to pavé they managed to get them a shine very similar to that of diamonds.

It originates at low temperatures in very acidic environments and can appear in both sedimentary and hydrothermal deposits.

In this last enclave we can find marcasite associated with pyrite, pirrorite, galena, sphaleria, fluorite, dolomite and calcite. These types of hydrothermal deposits are present in countries such as Germany, Bolivia or Spain. In the case of sedimentary deposits, they are mainly found in places where there are carboriferous basins. Some coal mines from Germany, Austria or the Czech Republic.

The name marcasite refers to an ancient province of northern Iran (ancient Persia), called “Marqashith.” Be careful with marcasite and pyrite, since both are confused with relative ease. In fact, many people apply one of the properties of pyrite on the marcasite without obtaining the desired result. And it is that pyrite is a stone that causes many sparks when it comes into contact with other stones; in fact, it was used to make fire.

The marcasite is a stone that helps those who want to incorporate their spirituality into the functional reality of the everyday world. Increase objectivity and help you to be very firm with your willpower.

You will notice improvement in your memory since this prodigious stone eliminates mental exhaustion. You will feel more concentrated every time you stop doing any activity. In general, you will feel a good emotional prosperity if you are accompanied by a piece of marcasite.

The marcasite opens and favors the crown chakras and the solar plexus. Considered the stone of optimism has all these properties: It is a stone widely used in people who have kidney and gallstones. An outstanding property of this prodigious stone is its ability to combat much localized pain.

Particularly, marcasite is an excellent aid against jaundice. Problems such as rheumatism have been treated with marcasite since ancient times. It is also especially indicated to treat skin problems; if you suffer from acne or have a skin herpes, I advise you to acquire a marcasite stone.

Clean your house by spraying it with the elixir of this powerful stone and protect yourself from presences that are not welcome. Having a stone of marcasite near you will have all the energies of your body balanced. It is a very cozy stone that will provide you with a pleasant well-being. You will see your ability to be objective increase in any situation.

You will feel a better concentration, as well as clarity when performing your tasks. This metallic gold-colored stone has a large number of properties; but, without a doubt, the highlight of the marcasite is its ability to improve any problem of a rheumatic nature.

It is an excellent shield to carry on before mental illnesses. Using a marcasite stone helps you in an important way to purify the blood and also the spleen.

As I mentioned above, it is a good alternative to cure skin problems. You can also use marcasite to remove warts, moles and freckles.

Any stone of Nature that you have in your possession needs to carry out maintenance, cleaning and recharging from time to time. I say “recharge” because the stones are nothing more than concentrated energy that acts through vibrations, and also acts through the colors of the stones.

These vibrations and colors through which the energies concentrated in the stones act can have a very powerful effect on emotions.

Therefore, cleaning and loading any stone of Nature that you have in your possession is something absolutely necessary. Every time you use a stone you are handling the immense power of the Earth in your hands.

I want to show you how to keep your copy of marcasite stone to get the most out of it; but, above all, so that its use is the most suitable for you that energies that give unwanted results are not mixed.

Do you know a very simple method, but very effective, to clean your copy of marcasite? Take the stone in your hands and put it under the tap of cold water for five minutes.

At that time concentrate all your imagination on a lake with crystal clear waters and a pleasant smell of pine trees.

Once this time has elapsed, put your marcasite in a glass container and store it in your fridge overnight. The cold has a powerful purifying effect. In this way you ensure the elimination of any undesirable energy that the stone might have when it reached your hands.

The name Marcasite is improperly used to indicate Pyrite. This name overlap is due to the similarity of both minerals, (although the true Marcasite is too unstable to be used in jewelry)

The name Marcasite refers to the former province of northern Persia (today Iran) “Marqashith.” The name Pyrite instead derives from the Greek and means “fire” and refers to the effect of the stone that produces sparks if it is struck.

The marcasite (Pyrite) is a golden metallic colored iron sulfide. The opaque gem causes the characteristic inclusions in the Lapis Lazuli, making each specimen unique. Marcasite is extracted in Austria, Peru, Bolivia, Mexico, Romania, Sweden, Spain and the USA. Juwelo acquires this gemstone exclusively from Austria.

The Marcasite is presented in golden metallic color, which has historically led it to be confused with gold and has earned the nickname of “gold of the fools” or “cat gold”, an error that obviously today Experts do not commit more. Jewels with Marcasite acquired popularity in Victorian England, where they were cut and polished in circular or square shapes by paving them in a way to make them sparkle like Diamonds.

The Marcasite is an opaque gem that is presented in metallic gold color, aspect for which it is very loved and required in jewelry. Marcasite can be exposed to steam cleaning and ultrasound.

The Marcasite stone is linked to the Zodiac sign Aries and Leo. Also members of the Air signs can use this stone as well.

The marcasite is similar to the sixth and seventh chakras and combines very well with the moonstone. It is very indicated in any process of meditation since its irradiations are much focused.

If you practice meditation with a marcasite stone, you will notice how it helps you in any process of asceticism and elevation.

How to Purify Marcasite Stone?

Do you know a very simple method, but very effective, to clean your copy of marcasite? Take the stone in your hands and put it under the tap of cold water for five minutes.

At that time concentrate all your imagination on a lake with crystal clear waters and a pleasant smell of pine trees.

Every time a new stone arrives in your hands you must clean it to eliminate any energy that may be foreign to you. Think that it has gone through many hands before reaching your life; and along the way it has been collecting energies that you never know if they are harmful to you and your environment.

I do not advise you to start using any stone without having cleaned it before; but not only of marcasite, of any mineral, gem or precious stone that falls into your hands. When I talk to you about cleaning, I don’t mean that you remove any dirt or traces you can find on your new stone. I am referring to a cleaning of energies.