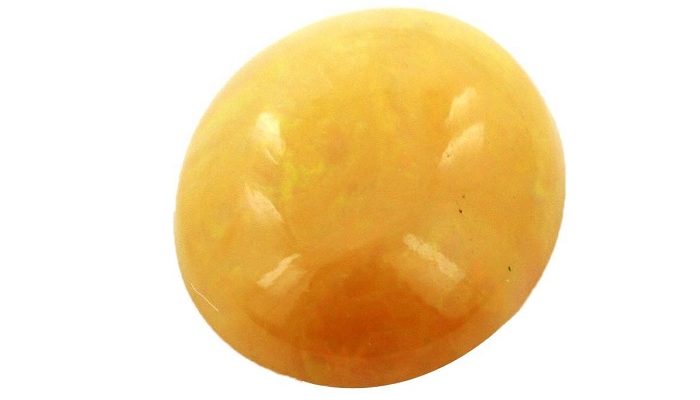 The opal is a stone found in nature in many forms, the most common being the white opal and the fire opal.

Today, however, I want to talk about this stone appreciated both in crystal therapy and in jewelry in depth. Its iridescent color strikes anyone who looks at it! This beautiful effect is given by the particular process of birth of the stone itself.

The opal is in fact formed thanks to the secondary lithogenic process. It appears to be produced by drying silica hydrogels.

During the process, small silicon dioxide spheres are created and gas and water are trapped between them. These inclusions then generate iridescence.

There are many variants of opals, of different colors. There is the blue opal, the white one, the black one and of course the beautiful red opal.

This time we find ourselves analyzing an amorphous crystal system, just like amber. The opal belongs to the mineral class of oxides.

According to the Australian aborigines, when the Creator God came to earth, the contact of his foot on the ground made the stones of all the rainbow colors shine, thus causing the birth of opals.

They also believe that it is a giant opal that governs the stars, the gold and the love that dwells in people’s hearts. They believed that the opals were sent from the sky during stormy nights and that, precisely in these stones, the power of lightning was enclosed.

They therefore believe that it is a stone capable of instilling hope.

Greek mythology has it that opals are the tears of Zeus poured after the victory against the Titans. Different cultures, on the other hand, believed that the god of the storm was jealous of the rainbow god and thus, he destroyed the rainbow that fell to the ground and became many opals.

The Aztecs believed that the fire opal had the power to destroy and at the same time ensure that new beginnings could take place. Egyptians and Babylonians especially loved the red opal because they believed it was the bearer of a light capable of healing. The Romans thought that it possessed the powers of every single stone because it contains in itself all the colors. Legend has it that Caesar Octavian would have been willing to sell 1/3 of his kingdom for a single opal. 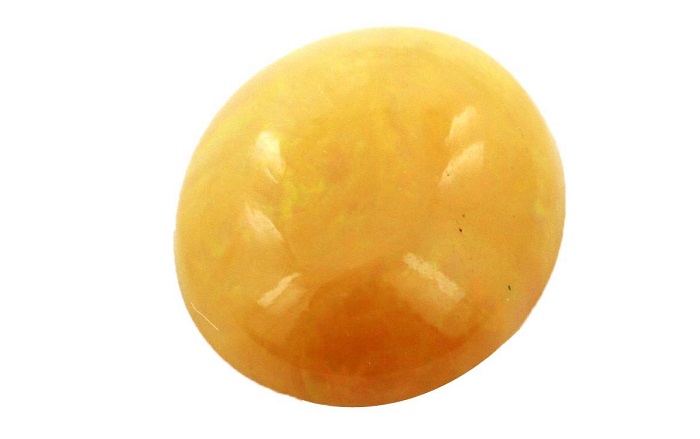 Some legends have it that, by placing an opal on a pregnant woman’s navel, it is possible to facilitate delivery. It can also protect from Hecate by carving magic letters on it. Considered the stone of the eyes since the Middle Ages.

In fact, he used to believe that the opal could defeat all eye diseases, strengthening eyesight. If instead it was wrapped in a fresh and hand-held bay leaf, it was capable of giving invisibility. Precisely for this reason it was also considered the stone of thieves, these people could act undisturbed without anyone seeing them.

The opal is a renowned stone capable of attracting luck on the wearer. An Indian legend has it that the opal is what remains of the Rainbow Goddess, transformed into this stone while trying to escape from some Gods (Shiva, Vishnu and Brahma) that were bothering her. It was the Mother Goddess who transformed her.

In this way, it is only rarely possible to see the rainbow in the clouds.

If on the one hand the opal is considered a stone it brings good luck, on the other it is seen as a symbol of misfortune. Here is that this beautiful stone has had a sharp decline in reputation due to some deaths and mysterious misfortunes occurred.

Today, however, it has been redeemed and is a very coveted jewel, as well as a stone widely used in crystal therapy.

The Yellow Opal stone can help you find your soulmate by making you feel more in touch with you inner beauty. This is always helpful and can give you more confidence to attract anyone.

It acts on the nervous system, rebalancing it. Relieves disorders of the digestive system. Promotes body exchanges and regenerates the liver. Contrasts fever and frees the heart from anxiety. For the psyche: It gives joy and liveliness, allowing you to capture the most colorful sides of life.

Stimulates intuition, inspiration and clairvoyance. It stimulates enthusiasm, the search for new experiences and helps to express emotions and ward off sadness. Pushes to observe the world with new eyes.

It is closely connected with the planet Neptune and consecrated to truth and altruism, it is useless to try to use it if you pursue selfish or destructive purposes.

In ancient Greece it was believed that opals had the power to confer foresight on those who wore them. The Romans worshiped him as the symbol of hope and purity. At that time it was thought that whoever wore it was protected from disease. The Eastern peoples had a great esteem for this gem considered sacred because it contained the spirit of truth.

The Arabs believed that the opal fell from the sky in flashes of light and that in this way it acquired its splendid colors.

As I mentioned before, in some circumstances the opal was surrounded by an unfortunate halo. During the 14th century, when the black plague claimed victims (and even killed 1/3 of the European population), a patient wore an opal and was brightly colored until he was alive. As soon as he died, the stone is spent. Since then it has become a stone capable of instilling fear and was associated with death.

An opal ring was given as a wedding gift to King Alfonso XII. She was a countess to make him have it, resentful for having been courted in the past. The King’s wife became ill in a few months and died. She was then given to her sister, and she also died a few days later. The ring was then hung on the statue of the Virgin of the Almudena, mistress of Madrid. The deaths thus ceased.

At the physical level the opal is, needless to say, perhaps precious for eye health. Strengthens vision and is associated with all eye disorders.

It is also used for the health of nails, hair and skin. It balances the liquids in the body and is therefore very good against water retention. It is said that it can purify the kidneys and blood, also regulating the production of insulin. Stimulates memory and balances female hormones.

Strengthen emotions, bring feelings to the surface so you can analyze them. It amplifies the cleaning process of past wounds, erasing old resentments. Use it if you want to be more positive and spontaneous with others. Brings happiness and a playful change.

You can use it in the bedrooms because it induces a good rest, but also reflection and prayer. It is associated in Feng-shui to the north of the house but also to work rooms. You can wear the opal as an amulet of protection from negative energies. It also helps to break past patterns and stop mulling over the past.

The Yellow Opal stone is linked to the Zodiac signs Aries and Sagittarius. Carry this stone close to you to get yourself bigger chances of achieving success.

On the energetic level it stimulates the seven chakras. Based on the color, it brings energy and positive vibrations to the corresponding chakra.

Not only that, it also works within the aura by balancing it. Awakens psychic and mystical qualities. It was used to induce lucid dreaming and vision. It attracts angelic entities and improves communication with the Divine.

Helps connect to water forces. You can use the opal in meditation, because it calms the mind and helps you to listen better.

Even during rooting it is a precious ally, given its usually very low vibrations. In the past they were also used for divination, to obtain visions.

How to Purify Yellow Opal Stone

To clean this powerful stone you can just put it under running lukewarm water, to get all the dirt from the surface.

This stone crystallizes in the amorphous system. The peculiarity of the opal consists in the iridescence, a play of colors similar to the rainbow.

The opal is a hydrated silicon oxide and can contain up to 20% water.

The typical iridescence refraction phenomenon called opalescence is due to the interference of the light generated by the regular arrangement of silica beads similar to that of the crystals.

The formation of opal takes place by slow geological deposition of a low-temperature colloidal silica gel. Heating of opal samples may cause dehydration and, therefore, loss of the opalescence effect.

This stone is definitely one of the most powerful stones you can use and attract some good luck on your side.