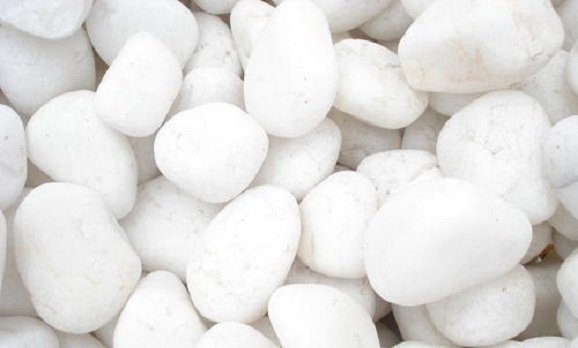 White Quartz is a powerful crystal used for universal cleaning at all levels. It can be used to clean up emotional and mental levels as well as living space. This crystal is translucent with a whitish sheen and is sometimes called milk crystal or Milky Quartz. It can be found all over the world.

White Quartz is a universal stone which enhances our energy. Also, this mineral heals.

It absorbs, releases and regulates energy and remove blockages. It converts negative energy into positive and enhances the effect of all other crystals.

White Quartz is a widespread mineral found in the continental crust. It is the second mineral in the world by its distribution. By category, it belongs to oxide minerals and is composed of silica. When unmixed, it can be transparent, though you can find it in different varieties.

The hardness of white quartz according to the Moss scale is 7. Quartz has a density of 2.65 g/cm3 and builds very beautiful crystals.

There is a belief that the word „quartz“ is originally from the German language. The German word „quarz“ is derived from the medieval word „twarc“ which is transmitted from the Slavic languages.

In Ancient Greece, quartz was called „kristallos“. This word may be related to the term „ice cold“. The purest quartz or translucent quartz is called mountain crystal, and its usual variant is white or milk quartz, among all others.

The white colour is due to the liquid or gas trapped during crystal formation. You can find white quartz in large quantities in Brazil and Russia.

White Quartz is part of the valuable quartz family and the call it milky quartz or snow quartz. Its properties and its colour are magical. This quartz has a mesmerizing look and brings health to the person who wears it.

White quartz has a spiritual meaning. This quartz has a milky structure and so-called swelling happens inside so it gives a beautiful appearance. The water bubbles inside the crystal give it a blurry appearance.

White quartz activates our crown chakra and is great for spiritual healing. You can find this type of quartz in Europe. You can mainly find it in Russian territory, in Siberia, but there are also sites in the Alps.

The health benefits of this crystal are:

The healing properties of White quartz are numerous. It is crystal for the release of emotions and it reduces the negative energy and stress from our system. White quartz increases confidence and improves public speaking skills.

Its healing properties enhance wisdom and sharpen the mind. This stone helps us remember faster when learning. White or milky quartz harmonizes our chakras and is a great crystal for meditation. It increases knowledge and listening ability. It is sometimes referred to as observation crystal.

This crystal protects against negative sun radiation and pollutants. It also brings joy and confidence. White quartz clears negative energy. This crystal helps people not accumulate negative emotions and negative thoughts. Healers recommend White quartz for spiritual healing. This stone will help you stay fit. White quartz can improve concentration. It helps to keep us focused on what we do.

The healing properties of White Quartz are numerous. This stone releases emotions and safely reduces the negative energy and stress from your body. White quartz or milky quartz increases confidence and improving public speaking skills. It is a stone that contains the energy of light. It will help you to generate the happiness chain.

White Quartz reduces prejudice. With this stone, you will learn to judge correctly. It helps to reduce unnecessary conflicts and failures. With this crystal, you will become calm and patient.

Unusual, colourful and beautiful, quartz crystals are the most common crystals in the world. The entire planet Earth is rich in this crystal family. Also, this is the most diverse family of crystals.

These crystals were considered a source of light in the ancient past. All the qualities of quartz have always been highly regarded. They were loved by both healers and spiritual leaders. Some people state that quartz crystals have played a key role in the development of all mankind.

White quartz is composed of oxygen and silicon. It is a key component in a range of minerals called silicates. It is a prismatic hexagonal crystal that usually occurs in the form of druses. Its formation is fibrous or grainy.

This mineral is also very important in rocks structures such as gneiss, granite or sandstone. Regardless of the variety of quartz and quartz minerals, most people think of white quartz when it comes to crystals. White quartz is known for its energy and radiant light.

White quartz crystals are seen as a Mother’s Earth gift in the metaphysical world. The ancient people believed that white quartz was a living stone and that it was an incarnation of the divine principle in the material world. Every hundred years, these crystals come to life.

Nowdays, healers who use crystals believe that crystals are living beings. Crystals, in their view, have great wisdom and can communicate with people who are willing and open to communicate. A person wearing a crystal and meditating with a white quartz crystal opens its heart and mind for some more instances. In this way, a person receives the realm of the spirit into this world.

White quartz enhances the energy or intent of the person who owns it and emits that energy. When one says a prayer while holding this crystal in his hand, then he allows the crystal to emit the energy of prayer until the wish is fulfilled. White quartz is the Creator’s finest manifestation. The shining of this crystal reflects the various dimensions of life in space. White quartz is also known as the majestic quartz.

White Quartz is an ideal crystal for the present time and the reality in which we live. We live in an age of information, and White Quartz holds most of the information. When this crystal comes in contact with the true owner, then a large release of information into the ether is initiated. From the ether, information comes to the general consciousness.

White Quartz is a programmable crystal. It eliminates bad habits, boosts vitality and relieves headache. White Quartz is one of the most important healing stones. It acts as a booster of psychic energy.

Milky Quartz helps during meditation and visualization. If you use White Quartz you can increase the flow of your thoughts and energy. Some healers believe that this crystal brings star energy into its owner soul. You can use these crystals to gain power and to think successfully.

White Quartz makes the connection between the mind and the physical dimension of existence. With this crystal, you can interact with animals, plants, minerals and all intelligent forces that live beyond physical energy.

There is a genuine tendency for harmony in this stone. Some data say this crystal was once used for rejuvenation. It purifies us from physical, spiritual and mental deposits that are negative. Crystal heals with its clarity.

Milky Quartz or White Quartz is a crystal that can be used to prevent emotions from overwhelming. This crystal will help you control your excessive emotional reactions.

Also, with the help of this crystal, you will not say things that you do not think and that offend other people. This crystal is ideal for those people who are stressed, tense and whose emotions cannot be controlled.

With White Quartz you will be able to enhance your feelings. It works by absorbing your emotional states and quietly releasing them. This is how you contribute to your health. With this stone, you can get into the root of the problem and make it easier to solve.

Also, this crystal helps you find the best solution for all your problems, especially those in a relationship.

The combination of White Quartz and Orange Topaz helps you withstand all the emotions inside you and be aware of what you feel. Also, this combination helps you connect with your partner.

This stone helps you cope with your inhibitions and see what has stopped you in the past. White Quartz is a crystal that reminds you to stop and think before you do anything or speak anything. With this crystal, you can survive the difficult moments in your relationship and move on.

How to Use White Quartz?

The whiteness of this crystal symbolizes innocence and clarity. With this crystal, you will see the environment through bright and clear eyes and this will allow you to see all the wonders of this cosmos. With this crystal, our crown chakra is activated. Thanks to this activation, a person can connect with their higher mind and rise to higher levels of consciousness.

If you have this stone in your hand or if it is in the room you are staying in, you will find that it will remove most of the negative thoughts and emotions. Your perspective will be much more positive!

The healing energies within this crystal will help you open the door to new possibilities. It is a crystal that brings good luck. White Quartz has a gentle and soft feminine energy. Also, this crystal will align your chakras. This crystal will remind you how to see the world around you in a simpler way, as a child, but with the wisdom of an adult.

Milky Quartz is a great crystal for introspection. It can inspire you to view the world around you in a different way. With this crystal, you will be like an innocent but smart kid. Everything around you will look magnificent and magical.

Thanks to this crystal you will appreciate more what you have. You can keep White Quartz close to your computer or laptop to prevent radiation. This is especially true of the period of active work on the computer.

When you put your White Quartz on the Third Eye you will free yourself from mental obsessions and imperatives from a previous life. He can purify your karma. When you combine Milky Quartz with Beryl, you will experience well-being and liberation. To boost your immune system, combine White Quartz with Lapis Lazuli, Black Tourmaline and Jasper.

For good luck, combine White Quartz with Sunstone, Rainbow Moonstone and Orange Moss Agate. When you meditate, use White Quartz and you will reach deep meditative levels and states of consciousness.

Can You Wear White Quartz as jewellery?

This crystal looks beautiful and you can wear it as a bracelet or necklace. White Quartz can be processed and there are different shapes and sizes of these crystals.

You will achieve all your goals and complete all the tasks within the project if you carry White Quartz with you. With Milky Quartz you manage to stay stable under stress and pressure.

This crystal gives you stability, strength and a sense of responsibility. With the help of White Quartz, all your efforts will pay off and this will result in material wealth.

White Quartz helps in better functioning of the pineal gland and pituitary gland. These glands are responsible for regulating hormonal functions.

Some people wear this crystal to protect themselves from the sun’s radiation and the ill effects of radiation. Milky Quartz supports bone and teeth and also preserves bone marrow.